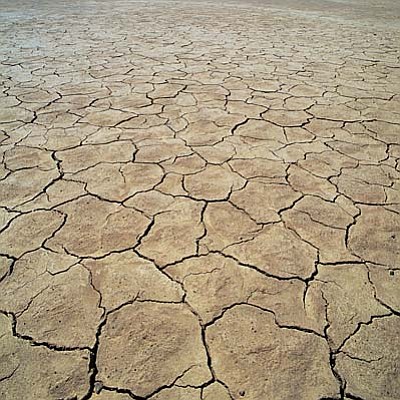 Will we ever learn? Will we ever care? Are we prepared to watch the Verde River follow the paths of the Gila, the Salt, the Santa Cruz, and now likely, the Upper San Pedro, from a river that flows year round to one that flows only after storms or snowmelt?

A new report by the U.S. Geological Survey (USGS) shows beyond question that pumping of groundwater in both the upper Verde River watershed, which is above the Paulden streamgage, and in the Verde Valley has caused and will continue to cause depletion of the Verde River’s base flow far into the future.

Base flow is the part of a river’s streamflow that is supplied by groundwater that exits to the river and its tributaries. Base flow provides roughly half of the Verde’s annual streamflow between Paulden and Camp Verde and keeps the river flowing year round. Without that contribution from groundwater, the Verde would flow only when storms or snowmelt provide sufficient runoff. The critically important concept, long understood by hydrologists and now clearly documented by the new USGS report, is that pumping of groundwater from our aquifers reduces the base flow in connected surface-water features such as the Verde River.

Applying the Northern Arizona Regional Groundwater-Flow Model, the USGS analysis showed that historical (1910 through 2005) groundwater pumping throughout northern Arizona caused human-induced reductions of Verde River base flow in 2005 of approximately 4,900 acre-feet per year (af/yr), or 11%, where the Verde River enters the Verde Valley above Clarkdale, and 10,200 af/yr, or 12%, where the river exits the Verde Valley below Camp Verde. (An acre-foot, 325,851 gallons, is commonly considered sufficient to supply between two and four average-size families in Yavapai County for a year).

Importantly, the achieved pumping rate in each of the three hypothetical forward-looking runs falls short of the attempted pumping rate by about 2,700 to 2,900 ac-ft/yr because of simulated wells going dry, especially in the Verde Valley. In addition, the USGS report predicts that groundwater-level declines of more than 100 feet are expected by 2109 in the vicinity of Cottonwood, near Sedona, near Dry Beaver Creek east of the Village of Oak Creek, in the Woody Ridge area southwest of Flagstaff, and in the Lake Mary area southeast of Flagstaff.

It is important to understand that the forward-looking runs do not predict any reasonably expected reality in future water demand or future locations of population growth or pumping. Instead, they were designed simply to explore how groundwater pumping affects the Verde River Basin’s hydrologic system and Verde River streamflow. Indeed, even the most aggressive of the three forward-looking runs almost certainly understates future water demands and pumpage affecting our Verde River watershed.

The message is unmistakable. Historical pumping has diminished the base flow of the Verde River from its headwaters near Paulden through Camp Verde. Future pumping, whether increased, held constant, or decreased, will further diminish the base flow.

Parts of the Verde River are at risk of becoming dry in the future, and water to support future populations will become ever more difficult and expensive to acquire. The time for citizens and communities in both the Prescott region and the Verde Valley to plan is now. Regional goodwill and cooperation are key to finding innovative ways to make the use of our limited water resources more efficient and to assure that our grandchildren and great grandchildren still have a river and water resources sufficient for them, too, to enjoy this high-desert paradise.

Please submit your comments and questions to info@cwagaz.org.