Guest Commentary: Marijuana is not harmless, especially behind the wheel 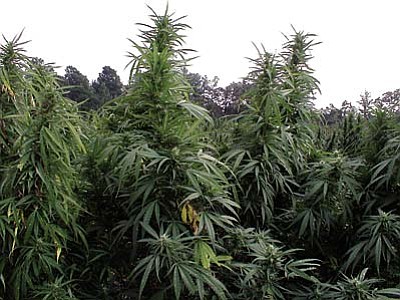 If you weren’t afraid to share the road before, a recent survey result should send chills up your spine: most teenagers who drive under the influence of marijuana said the drug either improves their performance behind the wheel or is no hindrance at all.

The survey, by insurer Liberty Mutual Holding Co. and Students against Destructive Decisions, reveals that teens aren’t just saying that - they believe it, and they’re driving while stoned.

Ironically, a leading cause of death for teens is the car crash; and marijuana use, even in small amounts, significantly increases that risk.

Who - or what - is responsible for this incredible ignorance? In perhaps another chilling development, we are seeing the social norming of pot through the medical marijuana movement: “It can’t be harmful; it’s medicine!” Call something medicine and its perceived risks decline while its acceptance spreads.

Political rhetoric on the legalization of marijuana is highly charged. Meanwhile, nobody is hearing the truth: Marijuana is harmful for both the user and society.

Marijuana contains more than 400 chemicals. The primary psychoactive chemical is delta-9-tetrahydrocannabinol (THC) and is the component of marijuana principally responsible for the “high” experienced by pot smokers. Along with the high, users exhibit slower reflexes and decreased coordination. Marijuana also impairs judgment.

Slower reaction times, impaired judgment, and problems responding to signals and sounds equal dangerous drivers. No wonder those who drive within three hours of smoking marijuana are twice as likely to be involved in a major car crash.

The THC content of marijuana varies widely depending on the strain of plant, how grown, and the part of the plant that is used. The pot of the ‘60s had an average THC content of .5 to 3 percent. Today’s pot is much more potent. As the THC content increases, so do the potential adverse effects.

This is one of several reasons why the FDA and medical associations say smoked marijuana isn’t “medicine.” It can’t be delivered in discreet, consistent and measurable doses. It also has a high potential for dependence and abuse.

It should come as no surprise that the idea for “medical” marijuana came from the pot lobby, not from medical doctors. Medical doctors already have access to prescription Marinol which accesses the effective aspects of THC in a controlled dose and has withstood the rigorous approval process by the FDA. Pot is big business, promoted by a well-funded, well organized and politically influential pot lobby.

Meanwhile, our teens have heard adults declare via the ballot box that marijuana is medicine and so they conclude that its use is not risky. And now we learn that most teens who drive stoned actually think they are safe.

How dangerous. How frightening. How sad.

Sheila Polk is the Yavapai County Attorney. Carolyn Short is a lawyer and board member of Keep AZ Drug Free, a group that opposes drug legalization and “medical” marijuana laws.