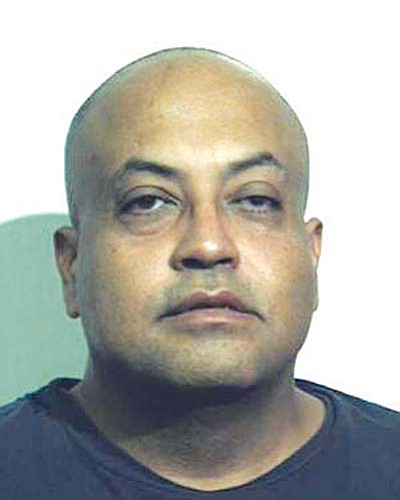 CAMP VERDE -- The defense for Joseph Montiel was told Monday that Montiel's case will not be dismissed or sent back to the Grand Jury for a new indictment.

Attorneys for Montiel originally filed a motion for dismissal or remand in December. Judge Michael Bluff held that motion until after the county attorney gave notice that the state would seek the death penalty for Montiel for the alleged murder of his estranged wife, Jamie Treakle Montiel, 28.

The defense maintained several issues which it disputed in the presentation of the evidence to the Grand Jury for the indictment.

Lead attorney Robyn Varcoe and Rita Gltsos contended that the grand jury was told of Montiel's felony release from jail on a charge related to the same victim that could be prejudicial.

Montiel is said to have stabbed Jamie while he was released from jail on bond for a prior charge for assaulting her.

Judge Bluff said it was a "closer call" on the allegation of kidnapping. He said that evidence could be inferred of physical force or injury and evidence of threats to Jaime and her children.

After a search for the woman, who went missing after being released on bond from the county jail, Montiel's truck was found high-centered and stuck off the Old Cherry Road. A perimeter search found Jamie's body near, but not inside, a mineshaft, near milepost 9. The medical examiner says the cause of death was a stab wound to the chest.

The judge denied the dismissal of charges or remand to the Grand Jury.

At the request of defense, he set Montiel's next appearance for July 23 for a pre trial conference.

Joseph Montiel returns to trial track this week
Montiel back in court Monday
Court to review Montiel charges
Montiel to challenge Grand Jury indictment
A look back at 2014: Joseph Montiel