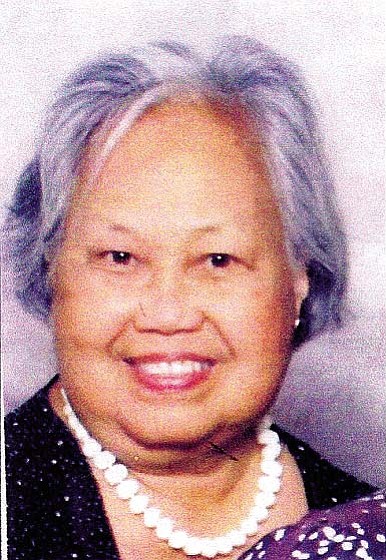 Escolastica “Tek” Childs, mother, aunt, teacher, home maker, friend to all who knew her, died peacefully on April 29, 2013 at Verde Valley Medical Center, Cottonwood, AZ surrounded by friends and people who cared for her. She was 78.

Tek was born on February 10, 1936 and grew up in Abachanan, Bohol, Philippines. She graduated from Raphael Palma College with a Bachelors Degree in Education and taught at Western Mindanao Institute. Tek immigrated to the US in 1978 where she married her “pen pal” Lyle Edgar Childs on November 1, 1978. They lived in Prescott, Arizona and later moved to Cottonwood, Arizona where Tek became an active community member, volunteering at her church and working for many years at Dairy Queen. The couple had one child, Ralph, who preceded them in death. Lyle Childs died on December 30, 2008. Tek Childs is survived by a brother, three sisters, numerous nieces and nephews and great grand nieces and nephews, all of whom reside in the Philippines.

Tek Childs was a woman who cared deeply about her family. She delighted in children, laughed easily and loved deeply. She will be greatly missed by her friends, family and all those that knew her.

A memorial service was held on May 7 at the Verde Valley Christian Church in Cottonwood.