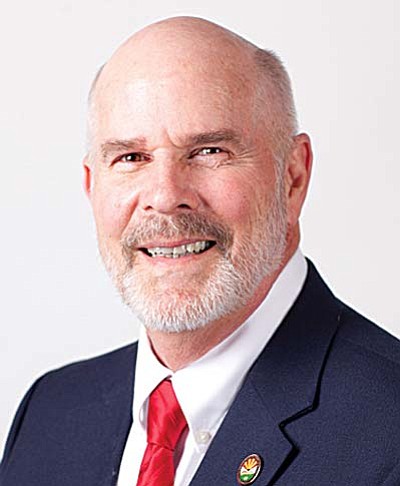 COTTONWOOD - The Verde Valley members of the Yavapai County Water Advisory Committee have tacitly agreed to demands from Prescott and Prescott Valley to let them cut next year's membership dues in half, but they worried Wednesday that the budget will go into the red the following year.

Noticeably missing from the Verde subcommittee's second meeting was Cottonwood Mayor Diane Joens, or any Cottonwood alternate or staff member.

Joens said in an email Thursday that she had to attend another meeting Thursday.

"We are excited to work with all entities and seek to work on a watershed-wide basis, and especially a Yavapai County basis," Joens' email added.

"I called Diane and got no response back," he said.

Verde members expressed concerns Wednesday that they might not be able to reach a quorum at future meetings. They need four of the six voting members to attend. Wednesday's meeting also was missing the Yavapai-Apache Nation representative.

The Yavapai County Water Advisory Committee, created 14 years ago to foster cooperation between the Upper and Middle Verde areas, has been struggling in recent months.

The Prescott and PV councils voted last month to tell the other members that they want their dues cut in half for the fiscal year beginning July 1 or they will quit. They argued there is sufficient carryover money to continue the committee's core work.

But that core list doesn't include refinement of the U.S. Geological Survey computer model of the Verde Basin that Prescott and PV officials say needs refinement before using it in the Big Chino sub-basin where the Prescott-area communities want to get more groundwater.

The County Water Committee members also agreed this year to form Verde and Prescott-area subcommittees that will continue to meet monthly, but the committee of the whole will meet less frequently. Its next meeting is scheduled for June 19.

The Prescott-area members have apparently not yet scheduled a subcommittee meeting.

Verde members said Wednesday that the budget will go into the red by FY2014/15, so they hope the dues go back to their usual about of about $1.07/resident.

They said the important work of prioritizing future water sources is coming with the new completion of a draft study of alternatives by the U.S. Bureau of Reclamation.

Martinez said Sedona will contribute 100 percent of its dues to the Yavapai County as well as Coconino County water groups. Sedona sits in both counties.

Yavapai County supervisors representing the Verde area, Chip Davis and Tom Thurman, also attended Wednesday's meeting although the five supervisors previously agreed they will take at least a year's break from being official members of the Water Committee.

Davis and Thurman said they won't vote on the Verde subcommittee during the coming year but will keep up with its activities.

Davis said he'd like to see the water committee adopt a policy supporting sustainable growth in the Verde River Watershed and send it to the supervisors for a vote.

The Verde subcommittee also talked Wednesday about whether to form a new subcommittee advisory group of local water experts to help the subcommittee with its work. They already chose to make decisions on a voting basis instead of the long-time consensus format.

"I just think we have an opportunity to be less rigid than the WAC," Von Gausig said. "That rigidity has been part of the problem."

The full committee already has a technical advisory committee, although the Verde representatives haven't been able to agree for a year about who to appoint to a vacancy in one of their three positions.

Joens wanted to appoint Cottonwood's new water resources director, Tom Whitmer, a former manager of regional water planning with the Arizona Department of Water Resources who used to represent that agency on the county water committee.

Prescott-area water committee members actually fired Meyer seven years ago from the Technical Advisory Committee (TAC) after Meyer criticized Big Chino studies by Prescott's hydrology consultants. Since then, all the Prescott-area TAC members have been employees of Prescott-area municipalities.

Davis and Von Gausig said last year that they oppose Whitmer because he's a municipal employee.

"It politicizes the process," Von Gausig told the Verde Independent in June 2012. "It is easy to see the results of that with the way the WAC has operated since three technical members work for WAC community members. We've gotten gridlock. We can't even run that (U.S. Geological Survey groundwater computer) model that we have paid for, because the TAC members are all aligned with the members of WAC from the Prescott side."