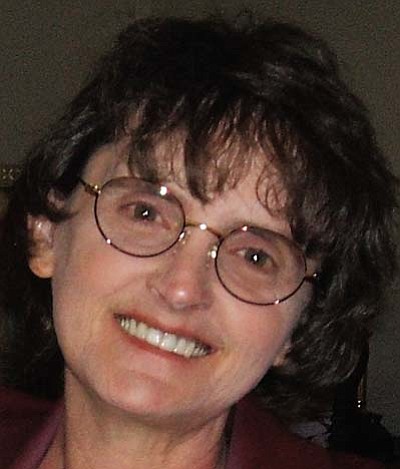 Patricia (Patt) Jean Ginevra, 65, passed away peacefully at her home in Cottonwood, Arizona from cancer on Monday the 27th of May, 2013.

She was born on the 15th of September 1947 in Minneapolis, MN. Patt moved with her family several times before settling in Phoenix, Arizona where she raised her family then retiring and relocating to Cornville, AZ.

She lost a daughter to heart and lung disease during life’s journey. She had a very physically demanding life, battling rheumatoid arthritis from the age of 17 and living through a heart attack and several joint replacements.

Patt had been divorced, remarried and widowed before finally meeting the love of her life, Jim Stevens, who made her very happy by taking her dancing and on trips and stood by her side until the day she died. She loved her children without fail, through thick and thin she supported them with sage advice. She was the strongest person we knew.

Patt was preceded in death by her father Darwin Bacon and her mother Alice Bacon; a daughter Renee Lynn Baughman; a husband Mike Ginevra.

In lieu of flowers, memorials preferred to American Heart Association.