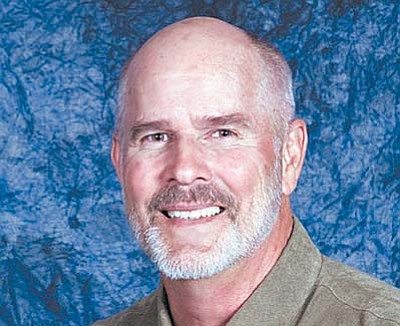 With no one speaking for or against the ordinance, it was passed quickly during Tuesday night's council meeting in what Mayor Doug Von Gausig called a "great step for Clarkdale."

The ordinance, originally proposed by Councilman Curt Bohall, is the first to pass that addresses the issue of reciprocity, or recognizing civil unions from other cities and towns, Town Manager Gayle Mabery said.

An Oct. 8 council meeting allowed members of the public to provide input. Opponents said the ordinance was unnecessary because the town not only already provides employees benefits to couples regardless of gender, but is not home to any hospitals.

Cottonwood is considering reciprocity language in its own ordinance draft, meaning Clarkdale civil union certificates would be valid at Verde Valley Medical Center.

Clarkdale sampled from ordinances passed in Tucson, Bisbee, Sedona and Jerome, incorporating criteria for eligibility and a $50 fee to register with the town clerk.

Clarkdale became the 5th municipality in the State of Arizona last night to adopt a Civil Union Code when their Town Council voted unanimously on the subject. The vote followed a worksession that was held on October 8, 2013 where the Council discussed the topic and reviewed the ordinances already adopted by the Town of Bisbee, the Town of Jerome, the City of Tucson and the City of Sedona. During the October 8 worksession, the Town Council gave direction to the town staff on the provisions they were interested in seeing incorporated into an ordinance for Clarkdale.

Sponsored by Clarkdale Town Council Member Curt Bohall, the purpose and intent of Clarkdale's ordinance reads as follows: "The Town of Clarkdale supports the right of every person to enter into a lasting and meaningful personal relationship with the partner of his or her choice, regardless of the gender or sexual orientation of the parties to that relationship. For that purpose, the Town of Clarkdale seeks to respect, support, and facilitate the rights of all persons to enter into contractual relationships and to designate agents, to the full extent permitted by the law, to manage their property, to make important life decisions, and otherwise to provide and care for loved ones within a meaningful and lasting personal relationship."

Individuals seeking to register a Civil Union with Clarkdale must complete and file a notarized affidavit on a form provided by the Town and pay a $50 fee. Upon receipt of the affidavit and payment of the fee, the Clarkdale Town Clerk will issue a Civil Union Certificate. To qualify to enter a Civil Union, two people must meet all of the following requirements:

1) Each individual must be at least 18 years of age;

2) The two individuals must not be related by blood in a way that would disqualify them from marriage pursuant to A.R.S. 25-101.A;

3) Neither individual may be presently married pursuant to Arizona law;

4) Each individual must be competent to enter into a contract; and,

5) Neither individual may be party to any existing civil union, domestic partnership, marriage, or other legally recognized domestic relationship with any third party.

The Arizona Attorney General's office issued an opinion earlier this year that cities and towns within Arizona may only include provisions in civil union ordinances which legislate on matters within the jurisdiction and control of the municipality. Clarkdale's ordinance complies with the Attorney General's position, and gives rights to registered civil union partners in the only two areas that cities and towns can legislate: hospital visitation and city/town insurance benefits.

Mayor Doug Von Gausig reflected on the adoption of the ordinance and stated, "Clarkdale is proud to join the growing list of communities that recognize that all people should be treated equally."

Couples who are interested in registered a Civil Union in Clarkdale may begin doing so on December 12, 2013, which is the effective date of the newly adopted ordinance. The Clarkdale Town Clerk's office is located at 39 N. Ninth Street in Clarkdale, and is open Monday-Thursday from 8:00 am - 5:30pm and Fridays from 8:00 am - 12:00 pm.