Prosecutor says marijuana extract not the same as medical marijuana 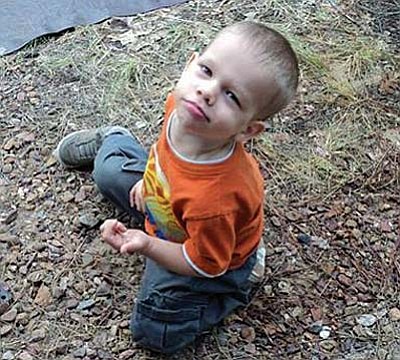 PHOENIX -- Maricopa County's chief prosecutor is asking a judge to throw out a bid by the parents of a 5-year-old Mesa boy who suffers from seizures to be able to get an extract of marijuana from dispensaries.

County Attorney Bill Montgomery is not disputing whether or not Zander Welton needs the drug. His parents have received the proper recommendation from a doctor to sign him up as a patient under the Arizona Medical Marijuana Act.

But Montgomery said Monday that those who crafted the statute legalized only marijuana for patients, which means the plant. He said any extract falls under a separate definition of the state's criminal code, a section that was not altered by the voter-approved law.

Montgomery said if Jacob and Jennifer Welton think the extract works better, they should take their case to the Legislature which can alter the law, albeit with a three-fourths vote of both the House and Senate and concurrence of the governor.

But attorney Dan Pochoda of the American Civil Liberties Union, which is representing the family, said Montgomery is legally off base. He said it's unnecessary to seek legislative intervention because the ACLU believes the law does allow for the sale and use of marijuana extracts -- and that a judge will side with the family.

The 2010 law clearly allows those with a doctor's recommendation to obtain marijuana. And it specifically permits the drug to be used in food products rather than being smoked.

But the initiative never legalized "cannabis,' which is described as the extract of the plant.

So Montgomery has advised police departments which monitor state-regulated dispensaries that his office might prosecute those who sell products which contain only extract and no plants. The result, according to the ACLU, is the family can no longer obtain the extract Zander needs.

Zander's parents say that extract is not only more palatable than grinding up the dried plant and putting it in applesauce but also contains only the chemicals he needs and not those in the whole plant that get him "high.'

The ACLU wants Maricopa County Superior Court Judge Katherine Cooper to essentially block Montgomery and others, including the state health department, from doing anything which precludes Zander from getting the extract. But the court fight will also affect in what form the approximately 40,000 other medical marijuana patients can obtain their drugs.

Montgomery said there's no basis for a lawsuit.

"All I've done so far is just provide guidance to a law enforcement agency' of how his office reads the law and what action it might take if police refer a case to his lawyers, he said. But at this point, Montgomery said, there is no case.

"I've received nothing to review ... and so there's no guarantee there would be a prosecution,' he said. "It's entirely a hypothetical.'

Montgomery acknowledged that dispensary owners have reacted to his advice to police by pulling the extracts off their shelves. But he said that's their decision, not his.

He said if the family wants access to extracts they should ask lawmakers to tweak the voter-approved law to legalize cannabis as well as marijuana for patients, correcting what he said was apparently an oversight when the initiative was drafted.

Pochoda questioned the practicality of getting a three-fourths vote from the Legislature. But he said it isn't necessary.

"The normal thing is not going to the Legislature when some prosecutor is improperly, and, in our view, illegally interpreting a law that clearly decriminalized not only marijuana but things made from marijuana,' Pochoda said.

Morgan Fox of the Marijuana Policy Project which crafted the 2010 initiative also contends Montgomery is misinterpreting the law. He said the statute allows use of any "preparation' of the drug, which he said includes extracts.

Montgomery said it very well may be that those who drafted the law intended to include food products which contain no marijuana leaves but only an extract. But he said his role is to enforce the law as written, not to interpret what those who crafted it meant in the first place.