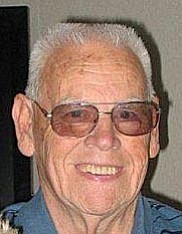 Our dad, Arnold (Andy) Warren Anderson passed away at home on September 21st after a long battle with Alzheimer's. He was 83. Dad was born June 17, 1930 in Everett, Washington to Arnold A. and Helmi M. Anderson. He graduated from Everett High School and then spent the majority of his adult life working in the airline industry. While employed at Alaska Airlines he met the love of his life, Kay M. Bushey, and they were married June 14, 1952.

Three children followed and our family moved to southern California in 1962 eventually settling in Canyon Country. Dad continued his career working for Air Asia Company. With the kids nearly raised, Dad and Mom decided to return to the Pacific Northwest, living in Bellevue, Washington before moving to Marysville, Everett and then back to Bellevue. Dad worked for Boeing until he retired in 1993 as a parts supervisor. He and mom then moved to Cottonwood, Arizona and settled in the Pine Shadows Mobile County Club.

Over the next few years Mom and Dad spent much of their time traveling in their 5th wheel trailer with their pets, making many friends and seeing most of the United States and much of Canada.

We will miss Dad's sense of humor and his laughter. 'Lucky Pierre' could always be found with a deck of cards in his hands whether it was poker, pinochle, bridge or cribbage. Over the years he also enjoyed billiards, table tennis, golf and was an avid bowler. He was a good friend to many and the greatest husband, dad, and grandpa in the world. He loved playing jokes and teasing. Always the gentleman and perfect host, he constantly saw to the needs of others.

He leaves to mourn his passing his wife of 61 years, Kay; three children, Ken (Sue) Anderson of Concord, CA, Christine Hanley (Fred Garcia) of San Pedro, CA, and Cyndi Thomas of Cottonwood, AZ. Four grandchildren; Kendra, Brooke, Tyler and Eddy; and three great-grandchildren, Cody, EJ and Christopher, and many nieces, nephews, and close friends. His parents preceded him in death as did his sister, Sandra Fears and son-in-law, Michael Thomas.

Our family would like to thank the residents of Pine Shadows for their support and love over the past months. We especially appreciate neighbors, Donna & Herb and Marilyn & Dewey for their constant caring, compassion, and service over the years. Hospice of the Pines and the caregivers of Abrio Family Service were instrumental in Dad's care as well.

A celebration of life will be held October 26, 2013 from 1-3 pm at the Pine Shadows clubhouse at 2050 State Route 89A Cottonwood, Arizona. In lieu of flowers, memorial contributions may be made to the charity of your choice.