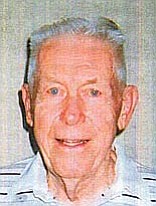 Eugene worked as a professor at Sacramento City College.

Eugene enjoyed fishing, woodworking and classic cars. He will be deeply missed by family and friends.

Eugene was preceded in death by his wife Helen Dyke.

He is survived by son Gene Dyke of Phoenix and brother-in-laws Tom Cadigan (Marianna) of Sedona and John Cadigan (Marge) of Tucson.

A memorial mass will be scheduled at a later date.