Commentary: We are war weary, and rightfully so 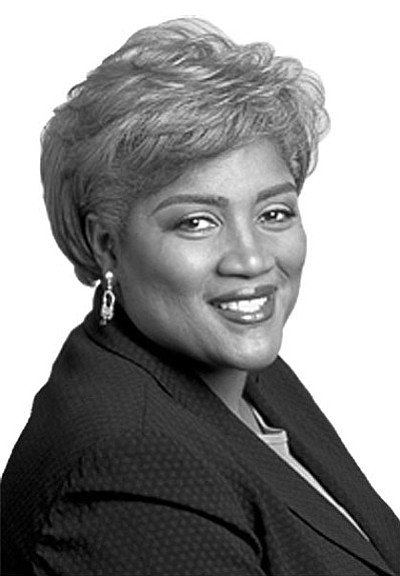 The advice of The New York Times' thoughtful and sometimes controversial foreign affairs columnist Tom Friedman became a matter of discussion between Secretary of State John Kerry and a conservative Republican congressman during House committee hearings on President Obama's proposed strike on Syria. Friedman's advice was that, instead of military strikes, the U.S. should arm the rebels and shame Syrian President Bashar Assad.

Kerry replied that shaming Assad would have no effect because dictators have no shame. As the American people and legislators struggled with the administration's policies for Syria, so also did the administration itself. Friedman wrote, "The Obama team has clearly struggled with its Syria policy, but, in fairness, this is a wickedly complex problem."

I haven't seen or heard the dilemma over Syria's use of chemical weapons put more accurately: "wickedly complex." This is a civil war, yet Syria's location makes it of strategic interest to the security of her neighboring countries, and even those far away, including Russia, China and the United States.

At least 12 nations are involved in Syria's civil war: Israel, Iran (with boots on the ground), Russia, China, the United States, Britain, France, Lebanon, Turkey, Qatar, the United Arab Emirates and Jordan. And there are many groups fighting there: al-Qaida, the Shias and Sunnis, Hezbollah, and ethnic minorities like the Kurds, who are fighting Kurdish jidhadists. More than 110,000 Syrians have died in combat. Four million-plus Syrians have been displaced internally, and 2 million refugees have flooded Jordan and Lebanon -- a humanitarian problem that could buckle those governments.

Worst of all has been the use of chemical weapons in Syria. The use of these "weapons of mass destruction" constitute a war crime, with 189 out of 196 nations having signed the Chemical Weapons Convention, pledging not to use them. Humanity has at least advanced to a point where it has rules of war. Those rules exclude the use of chemicals.

Assad, with his superior military power, has been unable to dislodge the Free Syrian Army (FSA) from Damascus with months of bombardment and fighting. Someone in Assad's command figured that what shells can't kill, gas would. Chemicals are a hideous way to die -- never mind that it kills civilians, children, animals and even plants, in addition to soldiers. Allowing their use would change the nature of warfare into something even our distant barbarous ancestors would shun.

Obama is quite right to tell the world, as he did in Sweden, to own up to the treaty -- to make it mean something more than ink and paper. What Obama also knows is that if America takes invasive action, we will own it -- along with the consequences.

Obama is dealing with a war-weary public that still wants to do the right thing. The public and Congress are highly skeptical of a fourth war within 12 years, especially after Iraq.

"Keep in mind, I'm somebody who opposed the war in Iraq and am not interested in repeating mistakes of us basing decisions on faulty intelligence," Obama said in Sweden. But the President has trouble making his case when CBS and ABC and other media refer to "Assad's alleged use" of chemical weapons.

Polls done over the Labor Day weekend showed only 29 percent of the American public support intervention in Syria. Yet, one of the most respected pollsters, Pew Research, found a shift toward supporting the President as he makes his case, from 27 percent to 38 percent.

The Senate Foreign Relations committee voted to support the president.

John McCain, one of Obama's severest critics on Syria, emerged from the White House saying he believes the president has a "pretty solid plan." Of the five key leaders in Congress, only Senate Minority Leader Mitch McConnell remained indecisive, with the others supporting Obama. But as I watched the House Foreign Affairs hearings, I was struck how often I heard legislators say the words, "tired" or "weary," referring to more overseas military action.

We should, in fairness, remember that Obama ended the war in Iraq, and that we will be leaving Afghanistan within a year. Instead of unilateral action in Libya, Obama marshaled the United Nations, got the Arab League to own up to its responsibilities and led our NATO allies to take the larger share of the strikes, without any "boots on the ground."

Only a political solution can solve the Syrian civil war. But, Russian President Vladimir Putin, who feels Russian ally Assad can prevail, will likely block action in the United Nations. With UN cooperation thwarted, Obama has devised a two-track policy that has been cautiously, prudently and deliberately arrived at.

The hard fact remains that if the U.S. takes action, even in concert with other nations, we will shift attention from Assad to the United States. The Russian embassy in Washington also released a statement saying it was concerned for the security of a nuclear reactor near Damascus. In deciding to deter Assad from more chemical attacks, perhaps our arguments shouldn't be about U.S. interests. I agree with the International Crisis Group who issued a statement saying, "Quite apart from talk of outrage, deterrence and restoring U.S. credibility, the priority must be the welfare of the Syrian people."

Syria presents a problem that appears to be beyond human wisdom. Pope Francis I has called for Sept. 7 to be a day of prayer. This came to mind when I saw a front page photo of Secretary Kerry testifying, with his hands together as if in prayer.

It's not a bad idea at all. We could benefit if Obama declared a national day of prayer. This problem requires divine wisdom.

(Donna Brazile is a senior Democratic strategist, a political commentator and contributor to CNN and ABC News, and a contributing columnist to Ms. Magazine and O, the Oprah Magazine.)

Commentary: The President's winning coalition on Syria?
Letter: The Syrian civil war is a proxy war by Western nations
Letter: What was that Peace Prize for again?
WHAT IF....
RED? OR YELLOW?