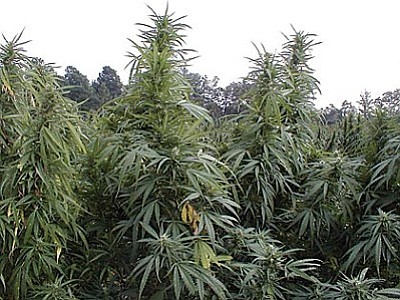 Odds are you know someone who has struggled with addiction from either legal or illegal substances. In 2011, 2.3 million in the United States aged 12 or older sought treatment for illicit drug or alcohol use at a treatment facility, according to SAMHSA, our nation's Substance Abuse and Mental Health Services Administration. Add to that number those who did not seek or could not afford treatment and the number of adults struggling with addition is much higher.

The national treatment admission rate for marijuana dependence is also on the rise, at 21 percent higher in 2010 than in 2000. The average age of admission for drug dependence in 2010 was 25 years old; in 2011, more than two thirds were male. In Arizona for 2010, treatment admissions for marijuana exceeded all others substances except alcohol, surpassing admissions for methamphetamine in 2009.

As we strive for global competitiveness and lament the performance of our school children compared to their international peers, it is time to face the truth about pot. Regular marijuana use jeopardizes a young person's chances of success-in school and in life.

The National Institute of Drug Abuse warns us that habitual teen marijuana use is linked to a significant decrease in IQ, 7 to 8 points; school drop-out and failure; other drug use; and mental health problems. This cannot be ignored. A loss of 8 IQ points is titanic, dropping a person of average intelligence into the lowest third of the intelligence range.

Given the increases we are seeing in marijuana use among our teens, it is more crucial than ever to challenge the impression many of them have that marijuana is a benign, unfairly demonized substance.

When I see public opinion swaying toward legalization of marijuana, I scratch my head. Why would we legalize a substance to which so many people in this country, particularly our young adults, are already addicted? One in 11 users of marijuana will become addicted. For those who start smoking pot as teens, the addiction rate is higher - 1 in 6; and for those who smoke it daily, as many as 1 in every 2 will develop marijuana dependence.

Unlike methamphetamine, heroin, and the recent scourge of bath salts and spice, the harm caused by marijuana is not immediately apparent. Users of marijuana don't typically experience a life-threatening overdose, or deteriorate into the gaunt and ravaged images of meth users. Rather, marijuana starts the user on a downward life trajectory, affecting IQ and cognitive development, mental health, education attainment, delinquency and social growth. Cognitive ability that declines slowly over a span of months or years is not the kind of harm that young people are easily able to identify nor is it the type of news that garners headlines.

I am at the forefront of substance abuse issues because I see the harm - I see the child abuse inflicted by the neglectful pot-smoking parent; I see the traffic fatalities by the driver impaired due to marijuana; and I see the more subtle signs of destruction - the growing number of young adults, primarily male, addicted to marijuana. How sad it is to see bright young people lose their ambition, focus and drive, slipping instead into the grips of a drug that subtly changes life's course from healthy and promising to lost dreams and low achievement. Gloom descends upon me when concerned parents share their stories of their pot-using teen falling behind in school while insisting that marijuana is harmless because it is "medicine."

Withdrawal from marijuana addiction, as the body relearns to function without the benefit of artificial stimulation of the brain, is characterized by the same symptoms as other drugs - cravings, irritability, low self-confidence, despondency, depression, and suicidal thoughts. The good news is that recovery is possible.

Parents ask me what they can do. Here is my best answer: as adults, we have the obligation to do a better job creating a safe environment within which our kids can succeed. Educate our youth and the voting public about the value of their brains and the damage that marijuana inflicts.

We clearly face an uphill battle getting this message across. The legalization movement across the country and the pressure to ease restrictions on pot increases teens' access and influences their perception that marijuana is safe. We can't sit passively by and watch this slow decline.

Guest Commentary: Marijuana is not harmless, especially behind the wheel
Commentary: Do not buy into arguments that marijuana is harmless and should be legalized
Facility helps teens on long road back from alcohol, drug abuse<br>Tennis tourney provides funds for teen rehab program
Reducing youth substance abuse shows progress and a warning
Grass roots Arizona group forms to stop marijuana's legalization
Event Calendar