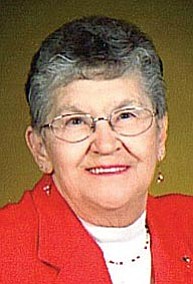 Bonnie Rice Rognholt, 76, passed away on September 6. She was born on October 4, 1936 in the family home in Wilson, Wisconsin to parents Bert and Leona (Estlack) Rice.

She graduated from Glenwood City, Wisconsin in 1954. She worked in St. Paul, Minnesota until her marriage to Rodney M. Rognholt on July 29, 1955.

To this union four sons were born; Steven of Pontiac, MI, Donald of Phoenix, Mitchell (Nancy) of Hastings, MN and Brian of Phoenix.

Bonnie and family lived in St. Paul until they moved to California in December 1969 then to Phoenix in 1973. She worked at Revlon Inc in Phoenix for 20 years, retiring in 1994 with health problems.

After 15 years of full time RVing she settled in Cottonwood.

Bonnie was preceded in death by her parents, three brothers and one sister. She is survived by her husband of 58 years Rodney Rognholt of Cottonwood, her four sons, Steven, Donald, Mitchell (Nancy) and Brian, her brother, William (Carol) Rice of Ham Lake, MN and her sister, Gloria Franks of Santee, CA; four grandsons, Thomas, Mathew, Luke and Alex, and two granddaughters, Kathryn and Amy.

She will be interred at the National Memorial Cemetery at Cave Creek, AZ on October 7, 2013 at 10 AM.

The family requests no flowers please; instead donations in her name can be made to Faith Lutheran Church, VFW Post 7400, or to the charity of your choice.