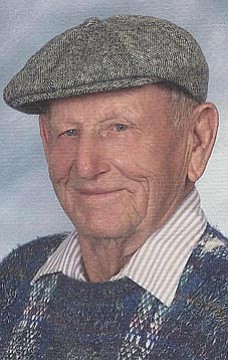 Gary Eldon Doran was born July 2, 1930 to his parents Justin E. Doran and Frances M Doran, nee Rempp, in Draper, South Dakota. Gary was in the Army and served in the Korean War. Following his tour of duty he worked in several capacities but is best known for his work as an Operating Engineer in road construction. He and his wife Lois, deceased, moved to Camp Verde in the early sixties. Gary was a Paid up for Life charter member of the American Legion, Post # 93, in Camp Verde and also a member of the VFW, in Flagstaff.

Gary passed away September 14, 2013. He is survived by his wife of 18 years, Sharon L. Doran, two step-children, Jessica Jaramillo of Cottonwood and Jamey Evans of Camp Verde. He also leaves behind his brothers Darrel Doran of Cincinnati, Ohio; his brother Gerald Doran of Chicago, Illinois; his sister Dot Sluka of Tacoma, Washington; his sister MaryEllen Jones of Loomis, California; numerous nephews, nieces, cousins eight grandchildren and two great grandchildren. He will be sorely missed.

Please visit www.Buelerfuneralhome.com to leave your condolences for the family.