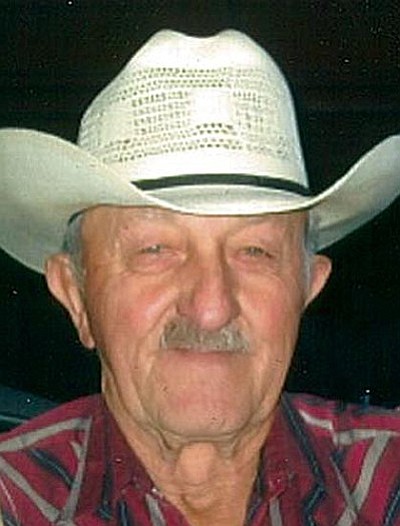 He attended Washington Elementary School in Phoenix, and Glendale Union High School.  He then the joined the Army and served in the Korean War.

He moved his family to Cornville in 1969, working at the DA Ranch before he and a partner started a backhoe business, which he continued until his retirement.

A Celebration of Life will be held Saturday October 5, 2013 at 11:00 at the Blazin' M Ranch in Cottonwood.  In lieu of flowers, donations in his memory may be made to the Verde Valley Fair Scholarship Fund.

An on line guestbook is available to sign at www.westcottfuneralhome.com.