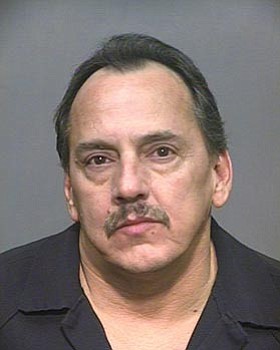 FLAGSTAFF - Tuesday, a staff member of the Coconino County Detention Facility spoke with a woman inmate who told him that a detention officer was engaging in inappropriate conduct of a sexual nature with her.

The information was given to the Sheriff's Office Criminal Investigation division and an internal affairs investigation was initiated. CCSO staff contacted the Flagstaff Police Department and requested they conduct the criminal investigation of the offense. As a result, 50-year-old Pete C. Gomez of Flagstaff, a detention officer II with the agency, was arrested and charged with one count of unlawful sexual conduct in a correctional facility.