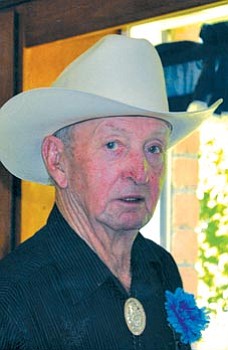 After high school he served his country in the United States Air Force.  Later he worked for the Arizona Department of Transportation for 25 years.

Robert will be remembered for his love of family, home, animals and his good neighbors and his famous family reunions.  He was preceded in death by his parents, Marvin and Pearl Parsons.  He is survived by his son, Robert D. Parsons Jr of San Tan Valley, AZ; his brothers, Marvin A. (Peggy) Parsons Jr. of Camp Verde and Kenneth (Myra) Parsons of Flagstaff; his sister, Marlene Scott and one grandchild.

A memorial service will be held at a later date.  In lieu of flowers, donations in Roberts name can be made to the Arizona Humane Society at 1521 W Dobbins Rd, Phoenix, AZ 85041.