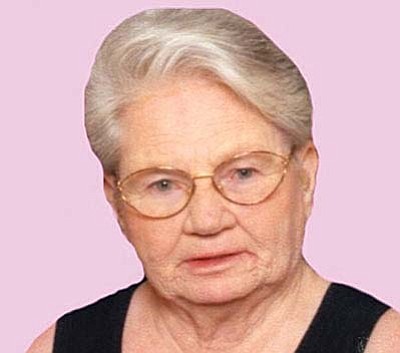 Mary LeNora Baker of Cottonwood passed away peacefully on Tuesday, November 25, 2014. She was born on December 18, 1929 in Woodward, OK to John S. and Jessie (Shelton) Dillon. She attended school in Colorado Springs, later going on to work at various ski areas in Colorado before working in the logging business with her husband Cecil. Mary was a devoted mother and grandmother, volunteering at the schools of her girls and enjoying watching her grandkids.

A visitation will be held for Mary on Sunday, December 7, 2014 from 4-6 PM, with funeral services the following day, Monday, December 8, 2014 at 2 PM, both at Westcott Funeral Home, 1013 E. Mingus Ave. in Cottonwood. In lieu of flowers, memorial donations in Mary's name may be made to the Student Ministry at Verde Valley Christian Church, 406 S. 6th St., Cottonwood, AZ 86326.

An online guest book is available to sign at www.westcottfuneralhome.com.