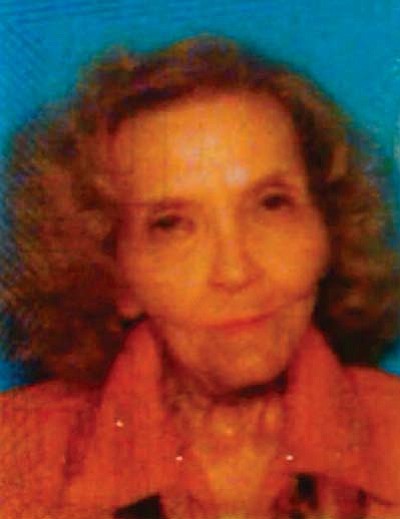 Quincy Lee Baker, 85, passed away peacefully under the amazing care of Carefree Assisted Living and Verde Valley Community Hospice on Tuesday December 16, 2014 in Cottonwood, AZ. She was reunited with her son Baron Bradley.

Quincy was the only child born to Quinn and Agnes Baker on August 29, 1929 in Houston, TX. Quincy left Texas at the age of 19 and traveled to New York where she worked for the New York Times before journeying to California. Quincy found work in the movie industry and eventually met and married her husband, starting a family. Quincy had 5 children and then in her 40's, returned to school to receive her BA in Humanities from Pacific University.

Once her children were grown, Quincy traveled quite a bit, living in Wisconsin, Massachusetts, Rhode Island, Chicago, Northern California and returning to Texas before venturing to Arizona. Quincy was an avid reader, loved classical music, and greatly enjoyed sewing.

Quincy was preceded in passing by her son Baron Bradley in 2009. She is survived by a son and two daughters and six grandchildren, all of California, as well as a host of friends.

Quincy's smile and heart were as big as Texas and she will be missed by all that had the pleasure to know and care for her during the last years of her extraordinary life.