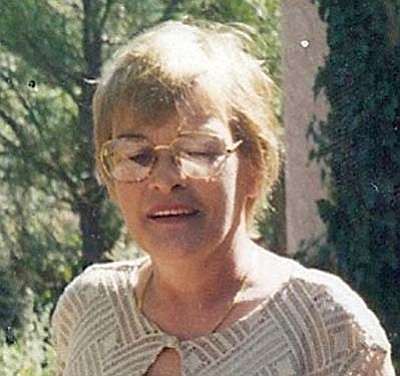 Patricia Ann Maher of Sedona died on Sunday, December 21, 2014. She was 71 years old. Patricia was born in Brooklyn, NY on March 21, 1943 to Joseph and Rita Behm. She attended and graduated from Richmond Hill High School.

She has worked as an insurance accountant executive, and in the Twin Towers. She has been a school board member and the Director of CCD and the Director of a Sunday School program for Saint Thomas the Apostle. Patricia was a kind and generous person who always opened her home to family and friends.

She is survived by her husband of 50 years, James Maher of Cottonwood; her daughters, Deborah (John) Eckles of Phoenix, Jacqueline (Kevin) McQuaid of Cottonwood and Tricia Maher of New York; her brother, Joseph Behm of Texas; her sisters, Eileen (Richard) Schioppa of Scottsdale and Kathleen Wagner of Texas and her seven grandchildren.

A visitation for Patricia will be held on Monday, December 29, 2014 at 9 AM at Westcott Funeral Home, 1013 E. Mingus Ave. in Cottonwood, with a funeral mass to follow at 10:30AM at Immaculate Conception Catholic Church, 700 N. Bill Gray Road in Cottonwood.