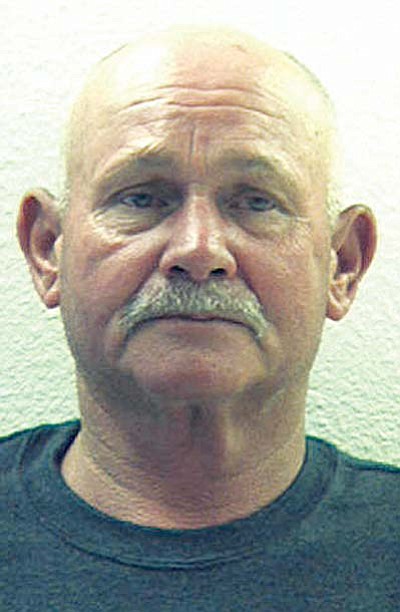 A Mayer man, 53-year old Kevin Lee Campbell, was arrested in February after robbing four banks including the Cottonwood Bank of America and the Camp Verde Chase branch. Campbell was arrested after robbing a National bank of Arizona in Chino Valley.

After Chino Valley National Bank of Arizona employees were able to get the license plate number as the robber fled, officers eventually found Campbell in an unused travel trailer.

Arizona Department of Corrections records show Campbell was released from prison in January 2012 after serving time for robbery, theft, aggravated assault and forgery in Mohave County.

In November, Campbell pleaded guilty to three counts of robbery, one count of theft, one count of endangerment and one count of unlawful flight in Yavapai County Superior Court in Prescott.

A Gilbert woman, Lynn Hartline, who died riding her bicycle to raise money for the MS during the annual Verde Valley ride was never vindicated in court.

The County Attorneys office said there was no criminal intent when the woman cyclist was struck by a passing motorist.

Robert Reed pleaded guilty this year and was sentenced to 18 years for killing the Verde Valley's Krystil Forest outside of El Paso to take her vehicle and possessions while allegedly helping her move to Texas in 2009.

Joseph Kennedy was accused of throwing a puppy out the window of a moving car in Cornville. That set off a chain reaction that landed the alleged puppy dumper in jail for animal cruelty. He initially refused a plea agreement and now awaits trial.
Report a Typo Contact
Sign up for our e-News Alerts
Most Read
7 days
30 days