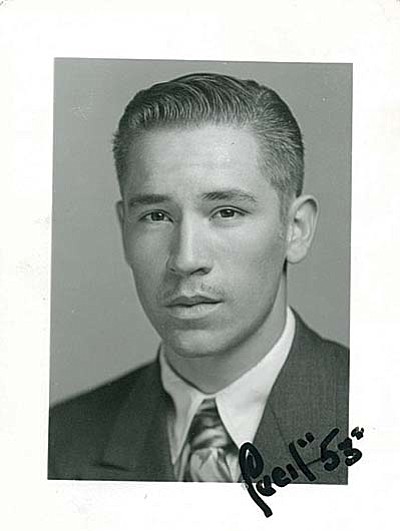 Cecil John Nelson passed away in his home in Verde Village, December 8, 2014. Cecil was a good man. He loved people, his family and the Verde Valley. He was born in Snowflake, AZ May 3, 1934. He attended Clarkdale Elementary and graduated from Mingus High School in 1953.

He was an avid painter of western and Christian paintings, which he created by the hundreds. He is survived by his sister Irene (Eddie) Malone, his sons Tom (Sylvia) and Dan, his daughter Raynee Ontiveros and son in law Oscar, grandson Jordan, ex-wife and life long friend and mother to his children Leonor Nelson R.N.

He is preceded in passing by his older brother William (Jerry) and younger brother George who was murdered between Sedona and Cottonwood on 89A in 1957.

Cecil never quite got over the loss of his little brother's murder and how it was covered up and never solved. He was on active duty in Alaska from 1956 to 1958 when he found out and in vain could not get back in time for the funeral.

Cecil worked in brick masonry and was a master of creating rock fireplaces and mantels. A true artist in many ways. He loved to talk to people in the Verde Valley and about how it was. He worked in the Bagdad mine and Phoenix Cement plant as a welder repairman. In 1978 after training, he worked in physiotherapy, reflexology, and acupressure in both Arkansas and Arizona.

He had extensive training in alcoholic and drug rehabilitation and certified in 1980 through NAU. He rode horseback and walked all over the valley and into the surrounding mountains and canyons. He had some stories to tell for sure, and he did.

He wandered the ancient ruins around Pecks Lake and Sycamore Wilderness in his youth from when he was old enough to, until he was too old to. He would talk your head off about it all if you wanted to hear it, or not. Nelson was a true old timer here and watched this valley grow and change, kindred with the land and the people.

Most of all he was a kind man and treated people in accordance to the teachings of Christ. In the end he found forgiveness and spent the last Thanksgiving holiday happy with his family.

He shall be cremated and blessed by his close family for now. A memorial will be planned for the spring.