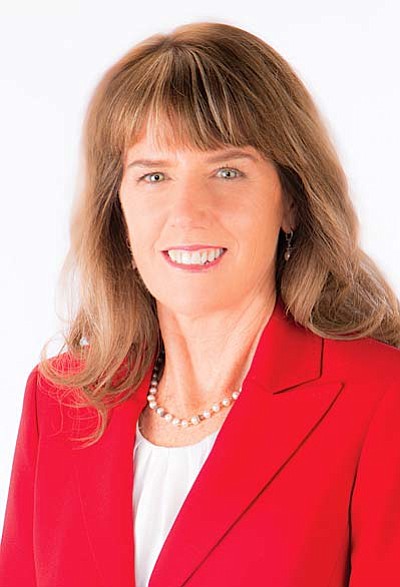 For the second year in a row, the Arizona Republic's editorial board named Yavapai County Attorney Sheila Polk as an Arizonan to watch.

According to the Dec. 29 Arizona Republic editorial, "Polk already is well-known for having taken a commanding presence during the conflicts among Maricopa County's Board of Supervisors and Sheriff Joe Arpaio and County Attorney Andrew Thomas, as well as for rendering her candid legal advice about campaign-finance violations by former Attorney General Tom Horne.

"Polk is probably Arizona's foremost law-enforcement authority on the medical hazards of pot smoking, as well as how use of the presumably 'harmless' drug can cause long-term impairment for drivers - a huge concern for law enforcers like Polk."

Polk, who also serves as the Co-Chair for MATFORCE, said, "I am passionate about doing everything I can to create a healthy environment where all children can thrive and succeed.  Deregulating marijuana for recreational use leads to more access to the drug and more use.  Marijuana is far more potent today than it was in the seventies.  Study after study shows it is an addictive drug that harms the brain, especially in children, impairing intelligence, reasoning, judgment and clarity of thought.  It has even been shown to reduce IQ."

Polk was one of 370 state leaders, educators, law enforcement and prevention specialists who participated in a Marijuana Harmless? Think Again! symposium held in November in Phoenix to learn the scientific facts about how marijuana affects the brain and what is happening with the Colorado legalization experiment.

Polk concluded, "I am honored to be chosen as an 'Arizonan to Watch.' I encourage everyone to educate themselves on the scientific facts of the drug marijuana by visiting MarijuanaHarmlessThinkAgain.org."