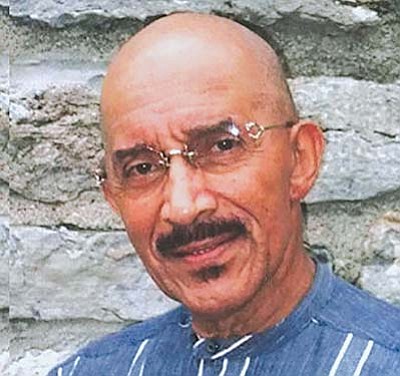 Merrill A. Roberts Jr., a veteran of the Korean War with a bronze star, an award winning photographer of the Civil Rights Movement, and a wonderful caring husband, died at the Verde Valley Medical Center on February 1, 2014. He was born on August 19, 1932 in New York City, New York.

During his career, Merrill was a member of the New York Working press and was a photographer who has captured defining images of the most important past and present, through filter of his uncompromising eye. His artistic work and contribution to the art and education and black history is a true legacy to all people.

Merrill grew up in Harlem, NY. Merrill was a self taught Photographer whose eye on the world has been honed by the mean streets of New York City and a tint in the military that introduced him to foreign lands. He was a member of the 187th Airborne. He later held jobs as a tractor trailer driver and a plumber-welder but was always accompanied by his cameras. He trained his eyes as he use to say, "and to see what I saw, when I did not see, and to see what was not there when I first looked at the subject".

His work appeared in the newspaper and magazines including The New York Times, The Daily News, Penthouse, Downbeat, Billboard, Ebony, Jet and Essence Magazines. His life goes on in his pictures for all who love him and enjoy his work. He will be truly missed. He is survived by his wife Dibor; son Barry; daughters Adriane, Melanie and Margaux; sister Audrey and her husband John Creary; grandchildren Mia and Imari; nieces Marianne, Eve, Rose, Regina and Christin and nephews Kenneth, Joseph, Martin and Nicholas.

A service will be held at Immaculate Conception Church on Wednesday, February 5, 2014 at 11:00am.

In lieu of flowers, contributions may be made to the Merrill A. Roberts, Jr. Fund c/o Westcott Funeral Home, 1013 E. Mingus Ave., Cottonwood, AZ 86326.