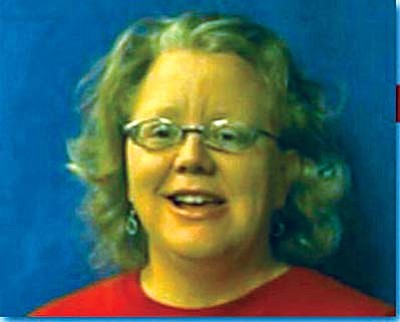 CAMP VERDE -- An Oklahoma woman has been sentenced to two years in a residential group home in Camp Verde after a Tulsa County judge reduced her sentence from an original 15 years for injuring two separate minor children under her care.

Meredith Howard was originally sentenced to serve 12 of the 15 years in state custody, but that issue was reviewed after 10 months, according to the Oklahoma court record.

The case of Meredith Howard originated in 2010. The court record shows that Howard was caring for a young boy and a young girl. A Tulsa Newson6 TV media report stated the parents were outraged at the reduced sentence.

Rainbow Acres, identified in the Tulsa news report as the group home where Howard would be sentenced March 1, declined to speak about particulars of patients in their care.

According to the same report, "a psychologist who examined Howard says while she has low to average intelligence, socially, she functions more like a child."

Rainbow Acres has a policy against providing details about any of its residents, known as ranchers. But Mike Kowalski, director of ranch operations and staff development, did say that staff did its "due diligence" before consenting to Howard taking residence at the residential community for adults with developmental disabilities.

According to a statement prepared by Rainbow Acres, adults with cognitive disabilities act with the same mental, social and maturity capacity as that of a child.

"I wish people could understand that they're like children in adults bodies," said Christine Roush, Chief Operating Officer/Advancement for Rainbow Acres. "As a society, we go out of our way to protect children. But I don't think we afford that to adults with developmental disabilities."

Kowalski said that had the staff at Rainbow Acres not felt that Howard - and the other residents - would be safe, "we would have said this isn't the right place. We put our ranchers' safety first here. First and foremost, the safety of our ranchers is our priority. We can ask anyone to leave who doesn't meet our behavior criteria."

Kowalski also said Rainbow Acres is "a Christian organization. We believe in grace. And we believe in second chances."

The Tulsa news report quotes Howard's attorney, Allen Smallwood, as saying the woman's disabilities require something other than prison.

In two separate cases, Howard was convicted of breaking the thighbone of an 8-month old baby boy and injuring a 19-month-old girl to the extent that she needed three surgeries, according to the Tulsa TV broadcast. The children were part of separate childcare programs at which Howard was a worker. She was originally convicted on Feb. 1, 2012.

As part of a formal judicial review of the case Dec. 20, 2013, Tulsa Judge William Kellough wrote that he reviewed a report from the Oklahoma Department of Corrections, a report from a psychologist and an argument from Howard's attorney before reducing the sentence to 14 years and one month, "with all time suspended."

At that point, the judge transferred Howard into the custody of the DOC probation and parole division and ordered that she serve two years in a residential treatment facility to commence March 1, 2014.

Jan. 14, Kellough amended his order to require that a guardian "closely monitor" Howard "in her relationship with minor children with whom she is permitted to associate."