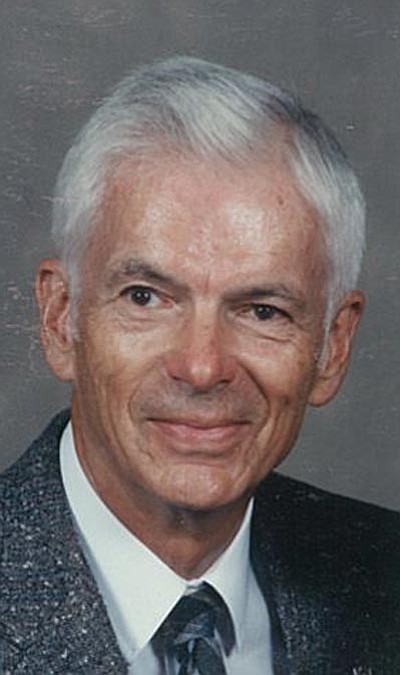 His parents moved to Glendale, California when he was very young and he grew up there. He graduated from Hoover High School and attended Glendale College where he sang in a quartet that traveled during the summer for engagements. He was a parachute rigger in the Navy during WW11. When the war ended he went to work for General Petroleum, which became Mobil Oil where he retired after 37 years.

Doug always enjoyed the outdoors, camping and fishing. He belonged to the Kamp-O-Larks RV Club and was club treasurer for many years. He also belonged to the Sedona Swingers square dance club and the Cottonwood Road Runners.

He was preceded in death by his first wife: Patricia Lakin Powell. From this union a daughter Gail Powell was born. Survivors include his wife Betty of 27 years, daughter Gail Fuhrmann of Hunt, AZ, brother Harold Powell of Morro Bay, CA, one niece and one nephew, step daughters Bettina Crawford of Lake Stevens, WA, and Karen Lee Smith of Knifley, KY. He had 4 step grandchildren that loved him very much and the feeling was mutual.

A memorial service will be held on Friday January 10 at 2 PM at the United Methodist Church, 901 S. 12th Street in Cottonwood. Memorial gifts in his name can be made to the Alzheimer's Association or the Kidney Foundation.