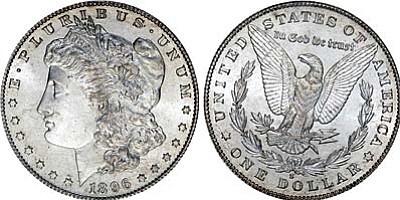 CORNVILLE -- Collectors' coins mailed to a Cornville man have been reported stolen from his mailbox on the 1600 block of Aspaas Road.

The victim told an investigating Yavapai County Sheriff's deputy he purchased 40 Morgan silver dollars from a Phoenix-area coin supplier for $1,260. The store mailed the coins on Friday, Jan. 3. It was confirmed the package had been delivered to his mailbox the next day, Saturday, by a Postal carrier. The package was never located after the delivery.

The victim was originally under the impression his coins would be delivered by FedEx or UPS, but had since confirmed they were shipped via U.S. Mail. Based on this information, he hoped the package would be sent to his post office box in Cornville, but eventually learned it had been delivered to his rarely used residential mailbox. A signature confirming delivery of the coins was not required.

Deputies notified the U.S. Postal Inspectors Office regarding the theft, and they are assisting in the investigation.

If anyone has information as to the whereabouts of these coins or the suspect(s) involved, please contact the Sheriff's Office at (928) 771-3260 or Yavapai Silent Witness at 1800-932-3232. Callers to Silent Witness remain anonymous and are eligible for a cash reward if an arrest is made in this case. Refer any tips based on report number 14-000941.