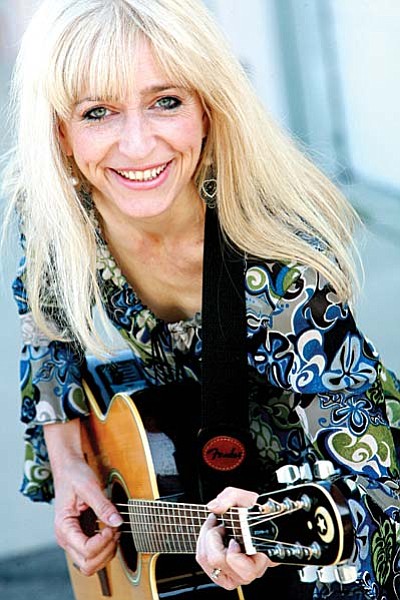 Shondra Jepperson, is a full time professional singer, songwriter, actor, musician, arranger, audio production specialist, writer and producer with 35 + years of recording and stage experience in both studios and in her own concerts and shows across the USA. She is registered with BMI as both and artist and publisher as Shondra Music. She is also an Alumni of Julliard’s Acting Division in New York. <br /><br /><!-- 1upcrlf2 -->

The Center for Positive Living Sedona (aka CPL Sedona), which is located in the Village of Oak Creek at 45 Castle Rock Rd., is continuing their popular concert series called In The Living Room at CPL Sedona.

Shondra Jepperson, is a full time professional singer, songwriter, actor, musician, arranger, audio production specialist, writer and producer with 35-plus years of recording and stage experience in both studios and in her own concerts and shows across the USA. She is registered with BMI as both and artist and publisher as Shondra Music. She is also an Alumni of Julliard's Acting Division in New York.

Besides keeping a full performance schedule of in and out of town shows as half of the very popular entertainment duo Tom & Shondra, she continues her eighth year as the music director for Rev. Janet Kingsley and the Center for Positive Living Sedona every Sunday morning. She is also one of the three popular Sedona Dynamite Divas who've been performing their annual concert since 2006.

In October and December 2012, she released two CDs of her original music, one Rock Contemporary called Inside Fire and the other Inspirational Pop CD entitled, I AM. Both are available on iTunes, CD Baby, Amazon.com as well as on her site ShondraMusic.com.

As an audio production specialist who composes and arranges music for shows, commercials and projects. Being a professional sound techie had her hired by Court TV's show In Session running audio in the courtroom for the 2011 James Ray trial in which was broadcast LIVE on CNN, Headline News and TruTV.

Although her music career is fledging, Sedona audiences have also enjoyed Shondra's comedic and dramatic talents in Regional theatres cast in lead roles in numerous plays and musicals such as Nunsense I and II, Suds and Maybe Baby It's You, The Business of Murder to name a few.

She is currently cast as the on-going villain, Tanya, on the new Sedona episodic TV show, The Rocks.

Many people hire Shondra as an emcee for their events as well as for her DJ services with her company At Your Request DJ for weddings, corporate & private parties. She currently, (and for the past six years) emcees the monthly mixers for the Sedona Chamber of Commerce. Her emcee credits include the Sedona Winefest, (in which she is a co-founding producer along with the Sedona Community Fair), City of Sedona's July 4th Laser Show, Sedona Sunrise Superstar Contest and the new Cottonwood Idol on Sunday evenings in January 2014. She's also emceed the Sedona Marathon, Sedona Jazz on the Rocks, Keep Sedona Beautiful Awards and many more. Shondra is also the script writer, director and co-emcee of the quarterly networking breakfast, Good Morning Sedona sponsored by the Sedona Chamber of Commerce going on 11 years.

You'll also find Shondra as on camera and voice talent for Red Rock TV Channel 16 in which is a continuously aired travelogue program on cable and in resorts around Sedona. Her voice can also be heard on various websites and film projects such as on LifePaticleTV.com, DahnYogaTV.com and Los Angeles jazz legend Billy Mitchell's SAPPA.com (Scholarship Auditions Performance Preparatory Academy.)

Shondra commented, "Most people here in Sedona have no idea that I started my music career at the age of 19 performing as a Single singing and accompanying myself on guitar and that I continued to perform on off nights as a Single while performing/leading my own bands at popular venues in Southern California for over 18 years." She continued, "I'm hoping we can get a full house of people who will ask me a LOT of creative questions regarding my songs, influences and experiences. It will be fun!"

CPL Sedona's seating is limited to 40 comfortable chairs, with a stage platform and excellent sound system. These concerts are allowing for an intimate, up close and personal showcase with some of the finest performing artists in Sedona and the Verde Valley every Wednesday from 7pm to 8:15pm. Unlike any music venues in Sedona, audience members have the opportunity and are encouraged to ask questions of the artists during their concert. Next Wednesday, January 29th, the Living Room will presents popular singer/songwriter guitarist Steve Estes who will be singing his own originals including some classic Folk, Rock and Blues from the 60's and 70's.

Every Wednesday, the doors open at 6:30 p.m. for tea and coffee with the concerts starting promptly at 7pm. Admission is $10.00 cash only and because seating is limited it is highly recommended to arrive early since tickets are available only at the door the night of the concerts. Besides the weekly Wednesday evening Living Room Music Series, CPL Sedona offers on-going Sunday celebrations at 10 a.m. with inspirational talks and music as well as offering many other wonderful programs during the week. For more information visit cplsedona.org