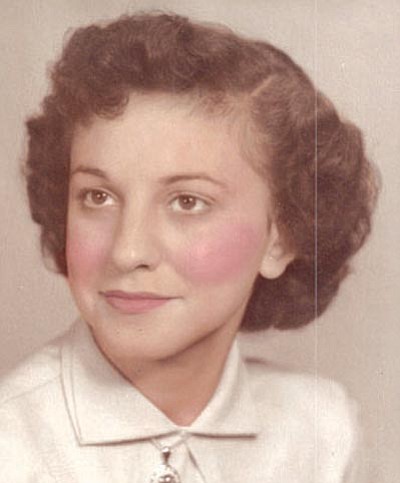 Betty attended school in Winsor Locks for 4 years. She worked as a court reporter and stenographer.

Betty was a loving mother and grandmother and will be missed by all.

Betty is survived by her husband of 61 years, Robert; sons Robert A. Mayhugh (Connie) of California and Raymond F. Mayhugh of Colorado; daughters Shelly Bell of Arizona, Cosette Radant (Jack) of Arizona and Julie Meyers of Indiana; 6 grandchildren and 8 great-grandchildren.

A memorial mass will be held on Friday, January 31, 2014 at 2:00pm at Immaculate Conception Catholic Church, 700 N. Bill Gray Road in Cottonwood.