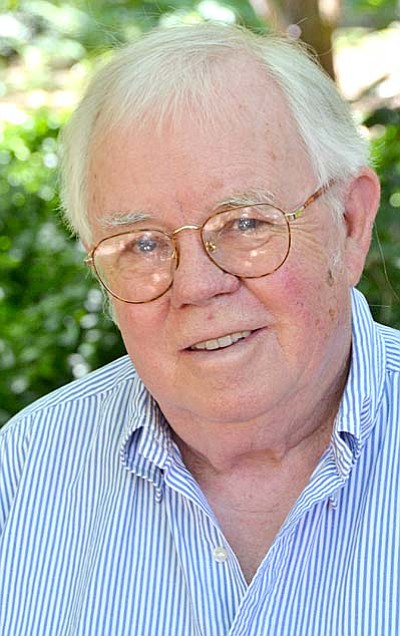 JEROME -- Vice mayor Lew Currier is looking to add another term to his decade of experience on theJerome Town Council, one of five members seeking re-election this August.

It's been about six years since he took up his role on council for the second time.

"In the first term, my first couple years I was involved with the building of the town fire station on Main Street," he said.

Infrastructure has been his main focus as a council member, but he said he was also pleased the town managed to secure a town manager. Before the town's new system of government was in place, members of council served as commissioners for each department.

Members of the council work well together, he said, even when they disagree.

"We don't always want to do the same thing, but we're all civil, we all understand each other and we respect each other's opinions," he said. "Sometimes you get the bear, sometimes the bear gets you."

Council members were split 3-2 when they voted in October on the new vacation rentals ordinance, which was recently placed on the August ballot as a voter referendum. Currier was one of the no votes.

"Consituents rose up and circulated a referendum and got enough signatures on the petition to strike the ordinance and put it one the ballot," he said. "It's coming up in August and we'll see how it plays."

Ordinance 405 allows vacation rentals, but places strict restrictions on how they can be run and what regulations they must comply with.

Currier said the ordinance goes directly against what the majority of residents want, which is no vacation rentals at all, in favor of what a few business owners want.

The three council members who coted in favor contended there was no way to stop vacation rentals from popping up, and the only way to deal with the issue was to regulate them stringently, Currier said.

"The other two council members, we were contantly being bombarded by townspeople who said, we don't want them under any circumstances," he said.

Residents spoke during several public hearings to tell council members about disruptions to their quality of life and daily routines as a result of out-of-towners.

"Either way it goes, the losing side is going to be very unhappy," he said. "That's going to be a major issue."

If elected, he said he'd devote time to the small sewer improvements the town can afford to make. No major improvement projects are going to be undertaken due to a lack of grant funding coming into the town for the next few years.

"Winning back the hearts and minds of the citizenry is an issue I'm interested in," he said. "I think we should spend some time on that problem."