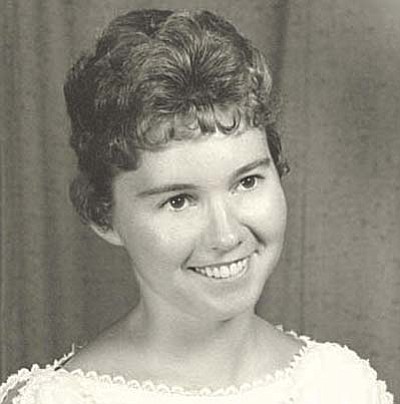 She attended public school in Mora and graduated from Mora High School. She later moved to Arizona where she worked for the City of Mesa as a clerk of the court for 24 years.

She retired in January of 1980 and on February 8, 1980, she married her sweetheart, Ralph A. Lizotte, the marriage was officiated by Reverend John Jenkins.

She loved the outdoors and was known as a good shot. She overcame her physical ailments and learned to ride a motorcycle, which she enjoyed very much. She also enjoyed visiting the Grand Canyon and was able to hike down in to en see the beautiful scenery. She volunteered at the Chamber of Commerce.

She is survived by her loving husband, Ralph Lizotte; her brother, Howard Kadlec of Mora, Minnesota; her sister, Jean Marie Edblad of Minnesota and many, many extended family members. She was preceded in death by her parents, Edward and Helen Kadlec and her brother, Harlow Kadlec.

A memorial service will be 10 am Saturday, July 12, 2014 at the chapel of Bueler Funeral Home, 143 W. Arnold Street, Camp Verde with Reverend John Jenkins, officiating.

Memorial donations may be made to The Arthritis Foundation of Arizona, 1221 E. Osborn Rd. Suite 201, Phoenix, AZ 85014. Please share your condolences at www.buelerfuneralhome.com.