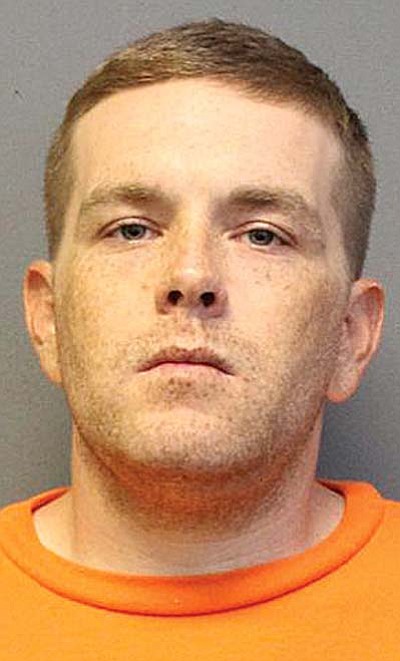 CAMP VERDE -- A 27-year-old man who was once charged with manslaughter in the death of a Rimrock man on Interstate 17 has been ordered to serve additional probation after violating his probation.

In May, Kristoph Chase Darding of Munds Park was sentenced to two years in the Department of Corrections for his conviction on running a chop shop in Maricopa County.

Darding returned to Yavapai County to face a disposition on two convictions for which he was individually given probation based on a plea agreement.

He was sentenced to probation on the misdemeanor DUI in October 2010 when the county attorney's office withdrew charges for manslaughter and endangerment. The fatal accident occurred when Darding ran into the rear end of a GMC pickup. The Rimrock driver's vehicle spun into the median, but driver Adam Janecek was thrown from the vehicle into northbound traffic where he was subsequently struck by a northbound Toyota driven by a Mesa man.

Darding was given more probation on a 2012 marijuana conviction, in which he pled to possession of paraphernalia.

Darding asked Judge Michael Bluff to waive the probation extension, so he would not have probation from three convictions hanging over his head. But the judge refused. He told Darding "I am not willing to give you a free pass just because you are already in the DOC on another county's conviction."

Bluff did offer to exchange the 18 months of probation time for an additional six months in the county jail. Darding didn't like that option either.