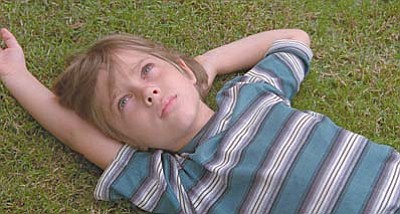 Dawn of the Planet of the Apes

Ten years after the viral devastation, a group of human survivors is a threat to Caesar's growing nation of apes, leading to a battle for domination.

Filmed over 12 years with the same cast, a little boy grows to adulthood through a series of events and family outings.

Rated R for language including sexual references, and for teen drug and alcohol use.