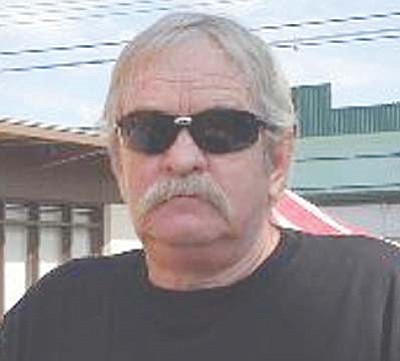 Bruce Baker of Clarkdale passed away Tuesday, June 10, 2014 at home.  He was 71 years old.  Bruce was born on June 28, 1942 in Akron, OH to Arthur and Viola Baker.  He attended and graduated from South Mountain High School before joining the U. S. Navy.  He served his country during the Vietnam War as an E-1 on board the U.S.S. O'Bannon.

Although retired for the past 5 years, Bruce led an active life, working for the National Park Service and in property management and as the owner of a landscaping company 'Baker & Assoc.'.  He has been involved with the Boy Scouts, the Eagle Scouts, track and football, the Pro Rodeo circuit in Broncs and he was a navy barber.  He was a motorcycle enthusiast, enjoyed canoeing and camping, and was the Director of the Grand Junction H.O.G. and a member of the American Legion Post #25.

Bruce was preceded in death by his father, Arthur Baker.  He is survived by his wife of 21 years, Kate Baker of Clarkdale; his mother, Viola Baker of Cottonwood; his daughter, Danielle (Brian) Martinez of Englewood, CO ; his step-daughters, Julie (Keith) Lujan of Las Vegas, NV, Michelle (Monty) Miller of San Diego, CA and Kelley (Ryan) Homistek of Albuquerque, NM; his step-son, Jason (Clea) Edwards of Phoenix;  his sister, Cathy Baker of Cottonwood; 8 grandchildren and 2 great-grandchildren.