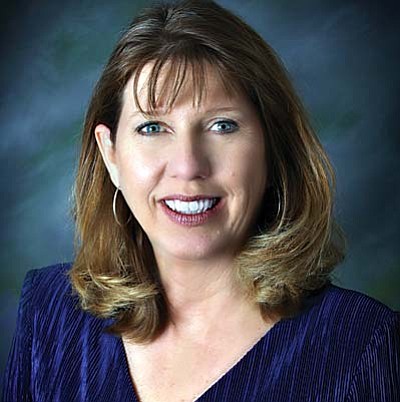 County Assessor Pam Pearsall: “It’s a shame we had to go through this process, but we had no choice being the defendant in this lawsuit. And had we not, the County and its citizens would have faced a loss of $60,000, in the first year alone, based on their demand of $3.54 per acre. I believe an increase was appropriate and the court agreed. We want to make sure that everyone pays their fair share – nothing more, nothing less.”

Last night, a group of Yavapai County cattle ranchers may have been toasting with glasses of milk - if not something stronger. A judge's ruling sided with them over a tax beef and cut their grazing-land assessments by more than half.

And, the ranchers say, they won't be stampeded into paying higher taxes for 20 years.

"I am personally very pleased with the Tax Court's ruling, even if I don't necessarily agree with everything that is stated in it," said Paul Mooney, the plaintiffs' lead attorney.

The judge's ruling came nearly four months after a four-day trial in March.

"This is a compromise decision," Pearsall said. "The ranchers will have to pay their fair share after 30 years of no rate increases.

"I'm reviewing the ruling as we speak," added Pearsall, county assessor since 2009.

She disagreed with a ranchers' press release that called the ruling a "victory" for their side. "I do believe it wasn't a loss," said Pearsall. "It was a victory for us - we hadn't seen an increase since 1986."

In an email, ranchers' attorney Mooney noted that "the values set by the judge are about one-third of the taxes that were already assessed to each of my clients for tax years 2012 and 2013. Those taxes have already been paid as assessed.

"Thus, each of my clients will be receiving a tax refund of roughly two-thirds of what they were assessed for both tax years, plus interest on the overpaid amounts ..."

Pearsall said she did not have an exact figure yet, but that the collective refund will be "minimal. It's a lot of properties but not a lot of money." She noted that the ranchers had not been taxed on the full $25 per acre, as state law only allows incremental increases over previous values. "It would have taken 20 years to get to $25 (per acre)," Pearsall said.

On the other hand, "the county and its citizens would have faced a loss of $60,000, in the first year alone, based on (the ranchers') demand of $3.54 per acre," said Pearsall. "I believe an increase was appropriate and the court agreed."

Even so, the judge's decision taxed Pearsall with some sharp words.

In "Arizona Cattle Growers Association v. Yavapai County," Fink wrote that "Pearsall admitted that neither she nor anyone in her office ever conducted a study to determine the average annual net cash rental value of natural grazing land in Yavapai County prior to increasing the full cash values from $7.56/acre to $25/acre in tax year 2012."

Pearsall made the increase following an Arizona Department of Revenue analysis of gross agricultural rental rates throughout Arizona. "The evidence shows that the sole basis for the County's decision to increase the value of grazing land in Yavapai County by more than three-fold was this report from ADOR," Fink wrote.

Fink continued in his ruling that "Frank Boucek, assistant director of ADOR, instructed all county assessors, including Ms. Pearsall, that they should not use ADOR's report to set full cash values for grazing property in their counties because it was not prepared in accordance with the statutory requirements, and he also stated that each county assessor is responsible to determine the average annual net cash rental for grazing property in his or her own county based on their own study of rental rates."

Asked about this, Pearsall said, "I did not receive the memo until a year after I made the assessment."

Mooney said that his clients wanted "to have the assessor follow Arizona law in setting the full cash values which were used to assess property taxes against their land, nothing more and nothing less."

Mooney presented an expert witness with an alternate study that suggested a value even lower than the judge ruled.

"The evidence at trial showed that nearly all Arizona cattle ranches operate using land that is leased from either the U.S. Forest Service, the BLM or the State Land Department, and that such land makes-up about 80 percent of all leased grazing land in Arizona," Mooney said. "If those leases had been included, the values would have dropped to approximately $3.54 per acre for tax year 2012 and slightly more in 2013.

"That said, the judge's ruling adopted our expert's calculations as to the average net cash rental rate from private grazing leases, and he used that number (rounded-up) to make his determination as to the full cash values that will be applied to plaintiffs' land."

And the judge seemed displeased that "Pearsall admitted that neither she nor anyone in her office ever conducted a study to determine the average annual net cash rental value of natural grazing land in Yavapai County prior to increasing the full cash values ..."

The ruling apparently will set in motion some changes.

"In Yavapai County, no assessor has ever done their own lease study," said Pearsall. "I relied on lease studies from ADOR in good faith.

"Going forward, I will do my own lease studies."

Groseta said, "We are pleased that Judge Fink ruled in our favor. All of the ranchers in Yavapai County want to pay their fair share of taxes. However, we expect the County Assessor to follow the state law in determining our values."