Commentary: Everyone, even ranchers, should pay fair share of taxes 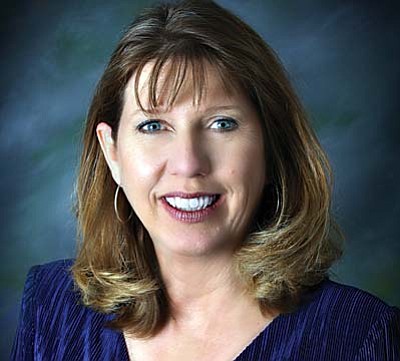 As the Yavapai County Assessor since 2009, I'm not used to making headlines. I'm not much of a "politician" and I'm certainly not used to taking on powerful political interests or armies of lawyers. You may have noticed some headlines in the past few days about the Assessor's Office being sued by a powerful group of ranchers and the Cattle Growers lobby. Because that case has attracted a lot of attention, I feel compelled to set the record straight.

All I want - all I have ever wanted - is for everyone in our community to pay their fair share of taxes. Not a penny more, not a penny less.

The pursuit of fairness is why our office sought to revalue about 430,000 acres of grazing lands utilized for decades by a group of ranchers in the Yavapai County area. These lands had not been revalued since 1986; almost 30 years during which the land users hadn't been paying their fair share of taxes according to present-day full cash values.

The grazing lands in question had been valued for decades at $7.56 per acre. That value never changed despite several improvements (structures) being placed on the land and changes in the region's economy. In 2011, relying on a lease study performed by the Arizona Department of Revenue, our office revalued this acreage at a Full Cash Value of $25 per acre. In response, the ranchers sued - seeking a massive tax break and revaluation of the land to $3.54 per acre.

At the end of the day, Maricopa County Superior Court Judge Dean Fink reached a compromise. Judge Fink's ruling assigned the grazing lands a full cash value of $9.19 per acre for tax year 2012 and $10.10 per acre for 2013.

This split decision was trumpeted by the ranchers' lawyer as a "victory" for them. While arguing with Phoenix lawyers isn't my strong suit, I will say this - at the end of the day, Yavapai County residents will see more tax revenue as a result of this decision. This will mean more resources for public safety, for roads and for services to children, seniors and families. That's even after we give the ranchers their minimal tax refund as mandated by the judge.

While the lawyers for the ranchers have been especially harsh - and expensive, with their fees paid for by taxpayers - I have no desire to get into a fight with the ranchers themselves. Yavapai County has long been an agricultural economy, and I believe that's a good thing. As a Republican, I am by no means anti-business or anti-ranching. As the assessor, I am is an elected official who believes that the burden of taxation must be shared by each of us, as taxpayers, at equal levels.

Conversely, had a home not been reappraised for 30 years, homeowners countywide would have rightly expected me to do my job. The same goes for grazing lands. Our decision to finally enforce the law was not a choice I thought would end up in court. With that said, I'm glad we followed through on the case and that we prevented the ranchers from valuing their lands at an absurdly low level.

I hope that clears up any misinformation you may have received about this complex case. And I also hope that now I may return to doing the impartial unsung job you elected me to do as your county assessor.

Pamela J. Pearsall is the assessor for Yavapai County.