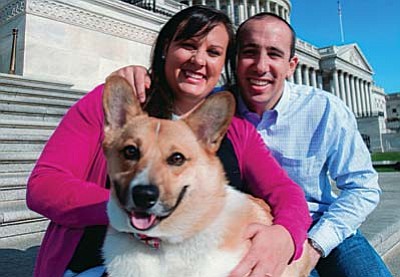 Dr. and Mrs. Joel (Nancy) Futral of Cornville are proud to announce the engagement of their daughter, Ashton Futral, to Clark Princell, son of Mr. and Mrs. Dennis (Joanne) Princell of Chula Vista, CA. Ashton is a 2006 graduate of Mingus Union High School and a 2010 Graduate of the University of Arizona. Clark is a 2003 graduate of San Diego School of creative and performing arts , and a 2007 San Diego State graduate . They met and reside in Washington, D.C. An October 2014 wedding is planned in the Verde Valley.