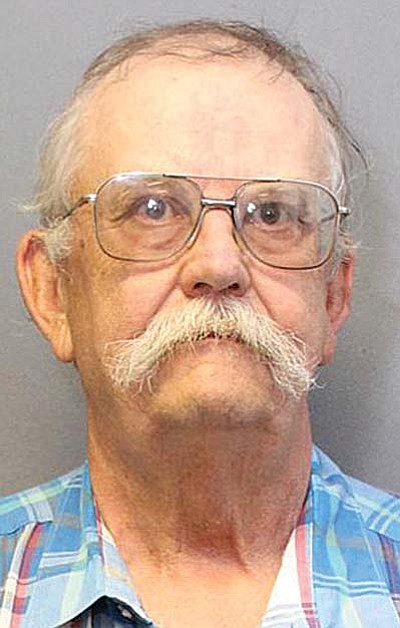 YAVAPAI COUNTY -- Two Arizona men have been arrested as part of sex-with-minor sting operation in the Verde Valley. They are 62-year-old Mark Maki of Mesa and 41-year-old Craig Boening of Gilbert.

Maki was arrested in Cottonwood and charged with aggravated luring a minor for sexual exploitation and was booked at the Camp Verde jail, held on a $35,000 bond.

According to the Yavapai County Sheriff's Office, Maki began online contact through a social networking site a few weeks earlier with a woman he believed to be a teenaged girl. Maki described specific sex acts he wanted to engage in with the minor and sent online pornographic images of himself on several occasions. During early July, Maki said he would meet the "girl" July 14. He arrived at the Cottonwood location and was identified by a sheriff's deputy based on information he had told her. Maki told deputies he was there to meet a girl he originally met online.

On the same day, Boening was arrested in the Village of Oak Creek. He was charged with luring a minor for sexual exploitation, child prostitution and sexual conduct with a minor and is held on a $100,000 bond.

According to the report, Boening initiated the hookup on a social networking site and remained in contact with a person he thought to be a teenaged girl. He described sex acts and offered money in exchange.

Boening agreed to meet the "minor" July 14 and arranged initial contact at a commercial parking lot in the Village of Oak Creek before heading to a motel room. Just after 10 p.m., Boening arrived in the car he had described and was identified by a sheriff's deputy as the suspect involved in the online arrangement.

The Yavapai County Sheriff's Office says the arrests are a warning to parents that monitoring your children's online activity is very important. Chat rooms are especially concerning as they are the place where predators develop relationships and seek personal contact. For parents should reviewing an internet safety presentation of the National Center for Missing and Exploited Children: http://www.netsmartz.org/Presentations/Parents.

Encourage your children to immediately report any suspicious online contacts and remind them predators also use alias names and photos to give the impression they are someone else, a trick to gain trust and obtain personal information in hopes establishing a relationship beyond the online contact.