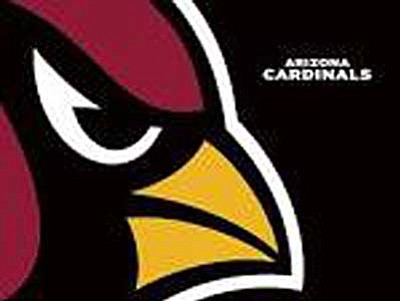 PHOENIX -- A tax on renting cars to help pay off the Cardinals Stadium is illegal, a Maricopa County Superior Court judge ruled Tuesday.

Judge Dean Fink said the levy runs afoul of a state constitutional provision which limits any taxes levied on the use of vehicles on public streets to being used to fund road construction and maintenance and related purposes. And Fink agreed with arguments by attorney Shawn Aiken, representing several car rental firms, that construction of a stadium clearly falls outside that restriction.

While the tax is levied only in Maricopa County, its effects are wider than that. It covers not just those who need a temporary vehicle while theirs is being fixed but anyone who comes to the area and needs a car for a few days or weeks.

The ruling, unless overturned, blows a big hole in the budget of the Arizona Sports and Tourism Authority. It's nearly $42.1 million operating budget includes more than $12.2 million in revenues from the rental car tax.

It could be even more damaging than that: Aiken said he wants refunds back to 2005 for what was already paid, money that would go to the car rental firms he represents because they are technically responsible for the levy even though they can pass that along to customers. And he said that figure, with interest, now exceeds $150 million -- and could top $200 million by the time the case is finally oever.

Timothy Berg, attorney for the Arizona Sports and Tourism Authority, said he believes that Fink erred in his interpretation of the scope of the constitutional prohibition.

Berg said that language was designed to keep lawmakers from raiding gasoline tax revenues and vehicle license fees for other government functions. He said the levy at issue here is a tax on the business of renting cars, not a tax on their use on state roads.

But Fink said that ignores the obvious nature of why people rent cars in the first place: to use them on roads.

"Obviously no customer would go through the trouble and expense of renting a car only to leave it in the parking lot,' the judge wrote.

Berg said an appeal is likely.

The levy, along with a "bed tax' on hotel rooms, are both a direct result of demands by Cardinals owner Bill Bidwill for a place for the football team other than Sun Devil Stadium at Arizona State University in Tempe. Bidwill threatened to move unless taxpayers financed a stadium ? one where he would control more revenue.

In 1999, Mesa voters rejected a sales tax increase to finance a stadium. Then-Gov. Jane Hull created a task force to find a way to build a stadium.

The plan they adopted requires the Cardinals to invest $85 million -- about a quarter of the construction costs -- with another $10 million from the Fiesta Bowl organization. The $274 million balance, according to the authority documents, comes "not from ordinary Arizona citizens but from out-of-state visitors who rent hotel rooms and cars.'

Funds from the levy, which runs through March 2031, pay not only for the stadium but also provide cash for tourism promotion, spring training facilities in Maricopa County as well as youth and amateur sports leagues.

While finding a violation of the Arizona Constitution, Fink rejected a separate challenge to the tax based on the theory that it amounted to illegal discrimination against those from out of state.

But there was an exception: Anyone who got a car as a "temporary replacement vehicle would be subject solely to the $2.50 levy. And repair shops that provided a rental vehicle would owe nothing.

Fink said that may be true on paper. But he pointed out that the rental car companies charge the same rate to all of their customers, regardless of the reason for needing a vehicle, meaning no one is the victim of discrimination.