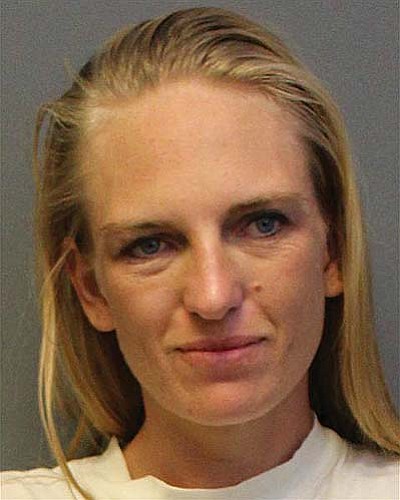 RIMROCK-- Just before midnight Thursday, YCSO deputies were dispatched a home burglary in the 4800 block of Cedar Drive, Rimrock. The victims reported that a gun safe, television, laptop, generator, and air compressor, were stolen earlier in the evening. The gun safe contained two firearms, gold and silver coins along with many other collectables.

Deputies developed leads leading to a home on Kimberley's Way in Rimrock. There they found physical evidence from the burglary along with the victim's gun safe forced open, laying in an adjacent vacant lot. Deputies contacted detectives from the Criminal Investigations Bureau who assisted by obtaining a search warrant. Just before the service, deputies stopped a vehicle around 2 a.m. associated with the Kimberley Way property. The driver was 31-year-old Kelly Bieber, with a passenger identified as 26-year-old JC McPike, of Dewey. McPike had a coin in his pocket stolen from the victim's home and a handgun. Numerous drug paraphernalia items, including syringes, were found in the car linked to McPike.

At Bieber's home on Kimberley Way, several stolen items were recovered including two firearms from the gun safe, a generator, and air compressor. Deputies also located drug paraphernalia and usable quantity of methamphetamine in Bieber's bathroom.

McPike was booked into the Camp Verde Detention Center for possession of drug paraphernalia, prohibited firearms, possession, and possession of deadly weapon during a felony. He remains in-custody on a $10,000 bond. Investigation into his connection with the burglary is ongoing.

Bieber was also booked charged with possession of a dangerous drug, six counts of possession of drug paraphernalia, trafficking in stolen property, and theft. She remains in-custody on a $7500 bond.

YCSO is seeking additional suspects involved in the burglary. Anyone with information is urged to call the Sheriff's Office at 928-771-3260 or Yavapai Silent Witness at 1800-932-3232.