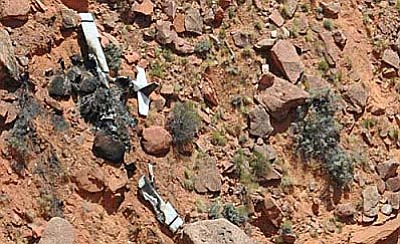 According to the Coconino County Sheriff's Office, the Medical Examiner's Office has confirmed the identities of two people who died in Sunday's plane crash on the Navajo Reservation.

Their aircraft was found in remote Peach Canyon.

The cause of the crash is under investigation by the National Transportation Safety Board.