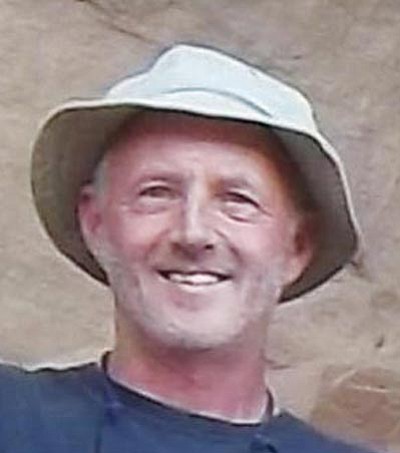 James "Jim" Dennett, of Camp Verde, AZ, formerly of Flagstaff, AZ, died Sunday, Feb 23, 2014, at the age of 54, after a courageous battle with kidney cancer.

Jim and his wife and children, moved to Flagstaff, Arizona in 1991 and soon after started a plumbing service business, Pro Rooter Plumbing. He moved to Camp Verde, Arizona in 2010.

A devoted husband and father, Jim found happiness in seeing his family happy. The simple things in life and family traditions gave him a sense of closeness and unity; a favorite meal and cake on birthdays, an annual Easter egg hunt, watching football and basketball with his son, enjoying a leisurely day strolling through the shops in Jerome with his daughter, holiday gatherings with family, and Super Bowl weekends in Laughlin.

Jim loved the outdoors and enjoyed camping, four wheeling, canoeing and gardening. A long-time member of the Lost Dutchman's Mining Association, he often went on gold prospecting expeditions. An avid reader, he enjoyed reading books on true crime, local Arizona history and Southwest Native American archaeological ruins and pottery. Some of his hobbies over the years included collecting bottles, coins, pottery and knives.

He loved to socialize with his many loving and loyal friends whether it was meeting for lunch, chatting on the phone, or hanging out on the porch.

Jim was preceded in death by his parents, Joseph and Georgia (Grindall) Dennett, and by his birth mother, Phyllis (Mooney) McGlynn.

Please join us to honor Jim.