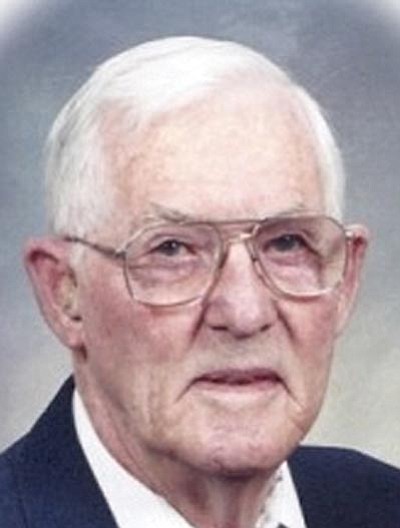 He served his country in World War II with the 965th Field Artillery Battalion. He fought in Normandy, Northern France, Ardennes (The Battle of the Bulge) and in Central Europe. He was awarded European-African-Middle Eastern Theatre of Operation medals, World War II Victory Medal, a Presidential Citation, and Good Conduct Medal.

Pete was very proud that he had been able to serve his country in World War II. He spent hours telling stories to those around him like it was yesterday.

He was a finish carpenter and worked on many schools and universities in Southern California. He also did interior finish carpentry on the famous Annenburg Estate (the Camp David of the West) in Rancho Mirage, California.

In Cottonwood, he built two personal residences.  He was a member of the Baptist Church in Cottonwood. A devout bible reader and Christian, Pete had an abiding love for God. His bible was his most prized possession. He loved playing old gospel songs on his harmonica. He enjoyed square dancing and was a member of the Cottonwood Roadrunners.   He also enjoyed reading, traveling, motorcycle riding and was an ace card player.

Pete was a loving and considerate husband, a tireless and supportive father, doting grandfather, great brother and friend. Like the saguaro that grows strong and tall even in the harshest conditions, Pete will be remembered as a pillar of faith and love by his family and friends. He will be missed greatly.

Pete was a great storyteller. He loved to entertain audiences with stories of his life experiences.  A world class practical joker, Pete never lacked for great ideas. He had a marvelous sense of humor.

A memorial service will be held on Wednesday, March 5 in the Westcott Funeral Home at 11 AM.