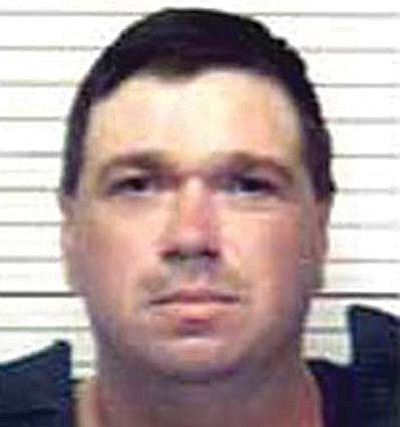 PHOENIX - The Arizona Court of Appeals on Tuesday upheld the conviction of Samuel Brett Wesley Bassett, who was caught in an online sex sting operation conducted by the Yavapai County Sheriff's Office and sentenced to 202 years in prison in April 2012.

Bassett, 37, of Lake Montezuma, is one of the so-called Yavapai Six, men who claim YCSO Detective Pam Edgerton unfairly targeted them in a sting in which she portrayed a 13-year-old girl named Brenna while conducting sexually-charged chats.

Bassett's appeal was based on a contention that the state did not provide enough evidence to support convictions for "luring" or "aggravated luring" of a minor for sexual exploitation.

He claimed that the prosecution did not prove that his intent was to have sex with the Brenna character.

In the decision, the court wrote that his argument "appear to turn on the fact that...because he 'rebuffed' Edgerton and Edgerton 'was never able to get him to meet her,' the state failed to present any evidence that his 'intent was to achieve the result of engaging in sexual conduct with Brenna.'"

But, the court said, the law does not require proof that the defendant intended to "'follow through with' or 'consummate'" an offer to have sexual conduct with a minor.

A second claim, prosecutorial misconduct, asserted that Deputy County Attorney Bill Hughes "misstated" the law in his closing argument, which the Court of Appeals rejected.

The third argument, that the law itself is unconstitutional because it infringes on a person's First Amendment rights, was also rejected, with the court saying, "there is no First Amendment right to speech that encourages or solicits a minor to engage in sexual conduct with an adult."

Finally, the court disagreed with the argument that expert witness testimony was misused. Bassett argued in court that he did not know the subjects in photographs were minors, and he argued that the experts who said the images were actually minors were not properly trained.

The court noted that his attorney had the opportunity to impeach their testimony during cross-examination.

Bassett's case is one of two of the Yavapai Six cases have gone to trial; the other, involving defendant Bradley Corwin Binkley, also ended in a conviction, and he was sentenced to 3.5 years in prison followed by lifetime probation.

The Arizona Court of Appeals affirmed that decision as well, and Binkley is appealing to the state Supreme Court.

PRESCOTT - A deputy county attorney on Tuesday took a carrot-and-stick approach with Jeffrey Balys, who has been offered a plea agreement in his online sex case, saying that, if he didn't take the plea, more charges would be added, but if he did, that the state would recommend probation.

Balys, 48, is facing four counts of luring a child for sexual exploitation and one count of aggravated luring. Balys was arrested after YCSO Detective Pam Edgerton, playing the role of a 13-year-old girl, said she had conducted several Internet chats of a sexual nature with Balys in January 2011, and that he wanted to set up a meeting with the girl she was portraying.

Balys claims that he was entrapped and tried to get "Chrissy," Edgerton's character, to leave him alone. He's the last of the Yavapai Six, a group of men who all argued that they were entrapped by Edgerton, but, except for Balys, have been convicted or accepted plea agreements.

He's on his fourth court-appointed attorney. He claimed the others didn't want to go to trial and simply wanted him to accept a plea, too.

But on Tuesday, Superior Court Judge Tina Ainley outlined the prison time he could get if he were found guilty at trial, and by the time she was done, said, "If the court finds that consecutive terms were appropriate, that would be 60 to 75 years."

Then Deputy County Attorney Steve Sisneros said that, "if (plea) negotiations break down," he would add a charge of possession of dangerous drug - methamphetamine. He also said that investigators had turned up more Internet chat files, and "hypothetically, another five counts could be charged."

Sisneros also pointed out that the decision in the case of Samuel Brett Wesley Bassett, who was convicted on charges resulting from the same sting, had just been affirmed by the Arizona Court of Appeals on Tuesday. (See related story.)

He recommended that Balys be sentenced to time already served - 250 days, before he was able to bond out - and probation, if he agreed to the plea deal.

Ainley said she would "probably be amenable" to those terms.

Balys has until his next appearance, March 19, to make a decision as to whether he would accept the plea.
Report a Typo Contact
Sign up for our e-News Alerts
Most Read
7 days
30 days