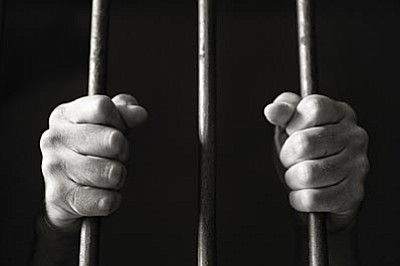 More than half of the inmates in United States jails have a mental health problem, a 2006 Justice Department study said, and women incarcerated have a much higher rate than men.

"Arizona and Nevada have almost 10 times more mentally ill persons in jails and prisons than in hospitals," a May 2010 joint study by the Treatment Advocacy Center and the National Sheriffs' Association found. "It is thus fact, not hyperbole, that America's jails and prisons have become our new mental hospitals."

"Should the jails be the de facto mental health treatment centers? I don't think we should be," he said.

"Are we criminalizing the treatment of mental health?" he asked. "Mental (illness) isn't a crime. But if you get charged with a crime because of your mental health, it falls onto a criminal institution to provide (treatment)."

"For over a hundred years, mentally ill individuals were treated in hospitals. We have now returned to the conditions of the 1840s by putting large numbers of mentally ill persons back into jails and prisons," the 2010 report said.

"There was time when we had mental health hospitals. Then there was a change in which people said, "You can't imprison people for being mentally ill,'" Superior Court Judge CelÃ© Hancock said. "But there was nowhere for them to be. So now, we're trying to cobble together (a system) to serve this part of our community."

The problem is self-sustaining, Mascher said.

"We see the revolving door of someone who is delusional, or seriously depressed and suicidal, making threats, and they come to jail and they get stabilized on medication, they go back out into the community, there's no real treatment or the cost of treatment (is) something they can't afford, they get delusional again," he said. "Then they're back getting mental health treatment (in jail)."

The public doesn't really understand why so many people with emotional problems end up in jail, Mascher said. He gave an example: "I had a lady call me and say, "I called the sheriff's office because my son was threatening suicide and he was threatening me, and you guys showed up and took him to jail. I thought you were going to take him to a mental health treatment center.' Well, that is the jail, unfortunately."

The 2010 report was blunt: "Deinstitutionalization, the emptying of state mental hospitals, has been one of the most well-meaning but poorly planned social changes ever carried out in the United States.

"The present mental health system appears to be bankrupt of ideas for fixing this disaster."