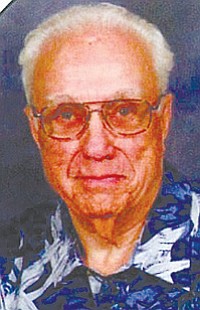 Born May 23rd, 1927 in Honolulu, Hawaii Ray's father moved him to Phoenix at age 12.  He graduated Phoenix Union High School and enlisted in the Navy at 17, serving in World War II.

Back home he raced midgets (For several years he held the record at Manzanita Speedway for the number of end-over-end flips in a wreck.) He was also lightweight boxer. From 1947 to 1963 Ray was married to Barbara.

Ray and his brothers-in-law were home building contractors in Phoenix until the bank moved them to Flagstaff, where Ray continued a profitable company.  He and his wife, Evelyn, took a sabbatical for six years sailing, first in Lake Powell then Pacific Ocean, Sea of Cortez, Caribbean, Virgin Islands, and more.

Retiring to the Verde Valley Ray, with Evelyn, continued to be an outdoorsman, tournament-winning golfer, and served on the Camp Verde Town Council and as vice-mayor.

Earlier in his life Ray was a Mason.  In the last decade he accepted Christ as his Savior, became very active in Beaver Creek Church, where he served as a Deacon and Trustee.