3 GOP file to run against Kirkpatrick; state races heat up 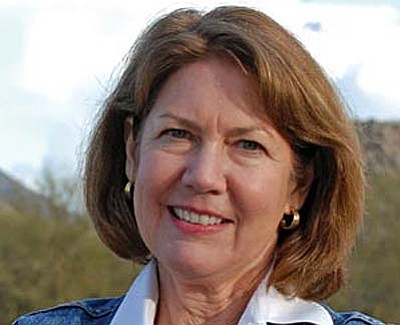 Ann Kirkpatrick is the incumbent in District 1 and has no challengers on the Democratic ballot.

The last day for candidates to file for Arizona's August primary election was May 28, and several waited until the final day to do so.

In Congressional District 1, Democratic incumbent Rep. Ann Kirkpatrick of Casa Grande will face no party foe in the Primary, but Paulden's Andy Tobin, currently the Speaker of the House at the state Legislature, will vie with Adam Kwasman of Oro Valley and Gary Kiehne of Eagar on the Republican ballot. Kwasman is a state representative in District 11. Kiehne is a hotel owner who has already become controversial over alleged comments about police, mass shootings and immigrants.

Things are a little quieter in District 4, where the Republican incumbent, Paul Gosar of Prescott, will not see a challenge until the General Election in November, when he faces Democrat Mike Weisser of Golden Valley.

The Verde Valley is in Legislative District 6, where the two state representative seats and state senator seat are up for a vote. Incumbent State Sen. Chester Crandell, a Heber Republican, has no competition in the Primary, but in the General Election he will face Sedona's Tom O'Halleran, who is running as an Independent. O'Halleran, a major player in the state's water issues, previously served in the state Legislature.

The Primary will be a walkover for GOP incumbent Representatives Bob Thorpe of Flagstaff and Brenda Barton of Safford as well as for Democratic newcomer Lanny Morrison of Flagstaff. Morrison will try to unseat one of the Republicans in the General Election.

But the heaviest race in the Primary is among the Republicans running for governor. Current Secretary of State Ken Bennett faces Doug Ducey of Paradise Valley, Christine Jones of Phoenix, Al Melvin of Saddlebrooke, Frank Riggs of Cave Creek, Scott Smith of Mesa and Andrew Thomas of Phoenix. Meanwhile, Fred Duval of Phoenix is the only Democrat to file. John Lewis Mealer of Lakeside has filed to run for governor for the Americans Elect party, and Barry Hess is running as a Libertarian.

Three Republican will compete in the Primary for Secretary of State. They are familiar names in state politics - Wil Cardon of Mesa, Justin Pierce of Mesa and Michele Reagan of Phoenix. The winner will face Democrat Terry Goddard in the General Election.

Incumbent Superintendent of Public Education John Huppenthal of Chandler has a Republican challenger in Diane M. Douglas of Sun City West. Democrat David Garcia of Phoenix will face Sharon Thomas of Phoenix in the Primary.

In the tussle for Attorney General, Mark Brnovich of Phoenix will challenge embattled incumbent Tom Horne on the Republican ballot. Democrat Felecia Rottelini has no rival on the Democratic side.

No Democrats are running for State Treasurer, but Jeff DeWit of Peoria, Hugh Hallman of Tempe and Randy Pullen of Phoenix are competing for the Republicans.

There are only two vacant seats on the Arizona Corporation Commission. Phoenix Democrats Jim Holway and Sandra Kennedy are running, as are Republicans Tom Forese of Chandler, Doug Little of Scottsdale, Lucy Mason of Tempe and Vernon B. Parker of Tempe.

Republican Joe Hart of Kingman is the only candidate for State Mine Inspector.

The Primary Election is Aug. 26. The last day to file as a write-in candidate is July 17. The deadline to register to vote in the primary is July 28.