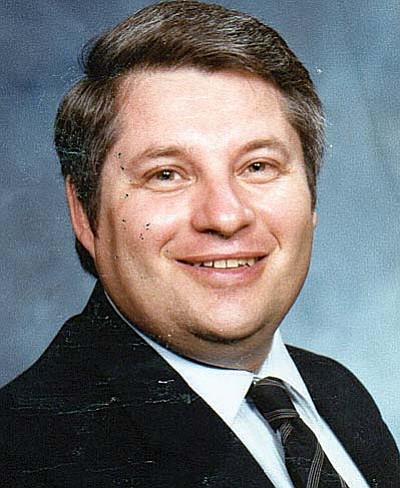 Wilmot, Donald Charles "Don" age 69, of Cornville, Arizona, died Thursday, May 22, 2014 at Flagstaff Medical Center in Flagstaff, Arizona. Don was born on January 11, 1945 in Wausau, Wisconsin to Donald LeRoy and Martha Amelia (Walters) Wilmot who precede him in death. Don graduated from St. Augustine's Grade school in 1959, Notre Dame High School in 1963 and Spencerian College in Milwaukee in 1967 with a Bachelor of Business Administration degree. He was a lifetime Phi Theta Pi member. Don worked as Auditor of individuals and large corporations at the Internal Revenue Service in Milwaukee from 1967 until his retirement in December 2001.

On December 22, 1972 he married Joy A. Singer and they bought their Oak Creek, Wisconsin home that same month and lived there until May, 2003. After becoming Christians in 1977, they attended Calvary Assembly of God Church in Wauwatosa, Wisconsin where Don was a Children's Sunday School Teacher. From 1979 to 1990 they attended Oak Creek Assembly of God Church in Oak Creek, Wisconsin where Don was Sunday School Superintendent, Children's and Adult Sunday School Teacher and wrote, produced and directed many Easter and Christmas programs with emphasis on lighting, music and sound. From 1991 until 2003 they attended Bethel Assembly of God Church where Don was Director of Christian Education, Christian Education Teacher and greatly instrumental in the remodeling of classrooms there. He again wrote, produced and directed Christian drama for Easter and Christmas.

In 2003 Don and Joy sold their Oak Creek home and moved to Sedona, Arizona and built a home there. From 2003 to 2007 they attended Community Church of the Nazarene where Don was Adult Sunday School Teacher and Wednesday Night Bible Class Teacher. They also attended Wayside Bible Chapel from 2008 to 2011. In 2012 they sold their Sedona home and moved to their Cornville, Arizona home. He is survived by Joy A. (Singer) Wilmot, his wife of 41 years. He leaves a rich legacy of service to the Christian community that spans 29 years of love, care and nurturing to children and adults. No service in the Sedona/Cornville area. Memorial Service to be held at Oak Creek Assembly of God Church in Oak Creek, Wisconsin. Private burial at Holy Sepulcher Cemetery in Cudahy, Wisconsin.