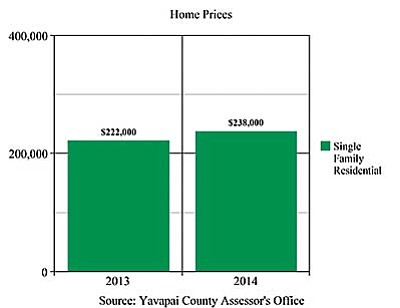 Yavapai County Assessor, Pamela J. Pearsall released the latest findings from analysis of data through September of 2014.  She indicates that Single Family Residential median home prices for September 2014 have risen 7.2 percent year over year. The median sale price of a single family home in September of 2014 is $238,000 compared to $222,000 from August 2013.