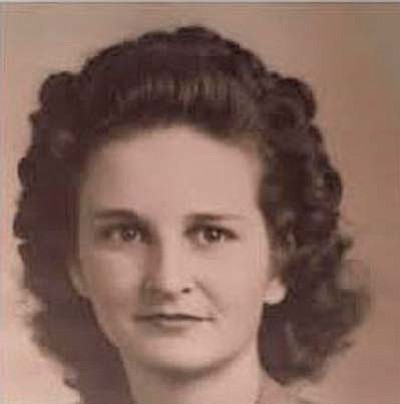 Don Nell Lewis Nash passed away peacefully at Page Springs Living in Cornville, Arizona, on October 28, 2014, with her four daughters by her side.

Don Nell moved to Arizona at a young age and eventually met and married her husband Lloyd Douglas Nash in July of 1942. She spent her life being a wife and mother and a beautiful Christian example to four daughters, nine grandchildren and 22 great-grandchildren. She loved her family and enjoyed every time she could be with them. Her hobbies were reading, puzzles, and crocheting the most beautiful doll dresses with intricate design of beads, sequins and feathers, of which her family cherishes every one.

Don Nell's husband of 72 years preceded her in death just four months ago on June 30, 2014; she has gone to be with him and her beloved Savior Jesus.

Her husband Lloyd was a Chevron service station owner for many years in Kingman before they retired and moved to Cottonwood.

There will be a memorial service at Verde Baptist Church in Cottonwood, AZ on November 15, 2014 at 2:00 pm.